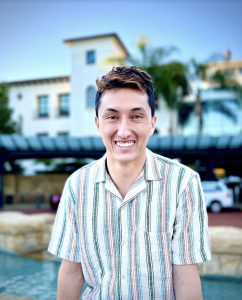 Social Media Companies are fighting a Texas law that requires they allow comments that might be politically controversial.

“Social media can be analogized to a public square. 100 folks are speaking in a group.”

LOS ANGELES, CALIFORNIA, USA, September 27, 2022 /EINPresswire.com/ — Julian Sarafian predicts that Texas will lose in the Supreme Court: “the recent decision by the 5th Circuit is a win for tech companies and loss for conservatives. I predict a nearly unanimous ruling from the Supreme Court striking down the Texas law and agreeing with the 5th Circuit.”

According to his analysis the proposed Texas law – one that conservatives have paraded as a “protection of free speech” and a defense of the “anti-conservative bias” in social media – would force private companies to platform speech that they do not want. The bill would bar social media companies from taking down content based on the content’s viewpoint, which would, in practice, mean that hate speech, neo-nazism, white supremacy, and everything in between would be allowed to circulate on Facebook, Twitter, etc. with the platforms no longer having power to police them.

Attorney Sarafian says that would upend free speech principles, because it would allow governments and state legislatures to explicitly decide what kind of content would be pushed across social media; an outright rebuke of the free market of free speech that otherwise exists in America and an interjection of Government into private speech.

Julian Sarafian says, “Social media can be analogized to a public square. 100 folks are speaking in a group. One person says, “I am a neo nazi, and these are the actions I think we should take to better our society.” The 99 other folks are disgusted and leave the town square to continue their conversation at the local park without the neo nazi. The neo nazi is left behind because no one wanted to listen to their speech. This is the way free speech is supposed to work – ideas folks don’t like don’t get attention and ideas folks do like do get attention. The Texas Bill would be akin to forcing the 99 people to sit through and listen to the neo nazi, because it would force social media companies to platform the speech where they otherwise would have barred it. The Neo Nazi would get a platform because government said so. This notion is incredibly dangerous when applied to private groups, private companies, and private settings – which is the case with the Texas law given it targets companies.”

Attorney Sarafian adds, “Though the risk of tech companies having their a “bias” in what speech they allow is a real concern, I would argue it’s secondary to the more pressing national security concerns related to social media – bot accounts and spies from foreign entities disrupting our conversations, anonymity destroying lives of creators, data mining by foreign adversaries, conversational and cultural power held by Tiktok, and the anti-competitive nature of tech companies which holds back the social media industry by stifling competition and innovation.”