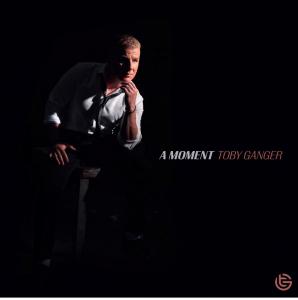 A $2000 Disney Royalty Check Saved Toby Ganger from Homelessness and Total Destitute; Now He Uses Experience to Inspire Others-His Single “A Moment” is Out Now!

I am very excited to be back, to do my music my way, and to share my journey to inspire others.”

LA, CA, USA, September 27, 2022 /EINPresswire.com/ — Toby Ganger began his musical journey as his successful child-actor career in movies, tv shows, commercials, and half of a successful musical duo. Then voice work began to fade, the duo split and Toby watched his dreams disappear ending in despair and homelessness. A $2000 royalty from Disney’s Lion King 2 literally saved him! After getting back on his feet, Toby leveraged an early investment in Bitcoin, got married and had kids and turned his life around. Now with a family, and security, Toby revisits his dream with a new single and album inspired by his ups and downs. The album is ‘Free Machine’ and the single, “A Moment” is out now on all platforms.

Ganger describes A Moment, “Musically it is a captivating melody which draws you inside a mind attempting to process life’s challenges while driving rhythms feed the powerful lyricism. Life throws us a steady stream of obstacles, stressors, worries, and traumas. Sometimes we all need to pause the world around us to process it all and deal with the building pressure. Hopefully we come out the other side ready to face the world again. Some need a deep breath, some need a vacation, I needed this song.”

Back in 2001, Toby became half of the hip hop duo called Inverse. Together, Toby and his musical partner put out two critically acclaimed albums (So Far: The Collection and So True) working many of the top names in the industry. With a video on heavy rotation on MTV, multiple major labels began to pursue the duo and a few well-known artists offered to bring them on world tours. Toby thought the rewards for eight years of building their brand had arrived but he was caught off guard when his musical partner suddenly decided to quit making music. He knew he would have to begin his musical journey all over again.

Toby set out to prove himself as a solo artist. He used his newfound creative freedom to experiment with new genres, new styles, and new subject matter in the making of two solo albums (Evolutionary and Evolutionary 2). Both received rave reviews and his reputation as an elite lyricist grew even more. Something new was taking shape. However, in 2014, not being in a financial situation to afford beginning a new music project, and with his first child on the way, Toby made the decision to stop pursuing music and to focus on supporting his family. In early 2018, he watched his two beautiful children discovering the things in the world that gave them joy. He began to feel like a hypocrite as he encouraged them to pursue those things while he was neglecting the things that excited him.

Fatherhood had changed him and he was now someone who understood who they were as an artist and as a man. Toby called up an old producer friend in Finland, multiple Finnish Grammy award winning MGI (Henri “MGI” Lanz) producing and writing with numerous major label artists and writers in the US, including Pitbull, Akon, Justin Bieber, Inna, Kylie Minogue, Super Junior, EXO, 50 Cent, and Twista and they began working on his album.

Toby found himself returning to his childhood love for catchy pop melodies. These melodies began to serve as the musical foundation for exploring what it means to be oneself in the world while being part of larger relationships and communities. With his lyrics, he dove into the personal, relational, sociological, political, philosophical, and metaphysical topics that brought him to where he us today.

The second single slated to drop is called “You Can’t Take it Away” and is expected out next month.

Toby Ganger is here to stay. The album is Free Machine.