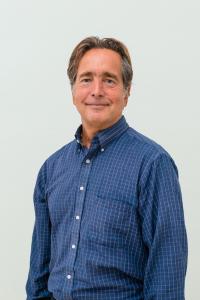 In a 2018 prospectus, Bluebird did not disclose that its officers had admitted in court documents that the company’s therapy for the treatment of transfusion-dependent β-thalassemia was inefficient and that they had stolen intellectual property from other patented products in order to improve their LentiGlobin treatment.

As a result, in October 2021, Bluebird was sued for patent infringement in the District Court of Delaware. Seemingly, as an admittance of guilt, on October 18, 2022, Bluebird’s own counsel filed an inter-parties review (IPR) petition with the United States Patent Office in an attempt to invalidate the patents that Bluebird is being accused of infringing. See IPR2023-00070 and IPR2023-00074.

Nick Leschly personally sold over 20 million dollars worth of shares in 2018 alone, and documents prove that Mr. Leschly lied to stock analysts about his company’s product and knowledge of the competitive landscape.

Big Pharma scurries to profit from the ridiculous pricing. Vertex, a billion-dollar pharma company, is preparing to market its own gene therapy product. Vertex’s CEO, Reshma Kewalramani, said she is “hopeful” regarding health institutions’ commitment to “equitable care” to cure Sickle Cell Disease which primarily affects black people, “after the murder of George Floyd.”

“This is an utter non-sequitur,” Segvich rebuked, “The approval makes no sense and the idea that the approval is used to commemorate George Floyd?!”

The Institute for Clinical and Economic Review endorsed the ridiculous price. ICER is a nonprofit, not a not-for-profit entity. Nonprofits have little in common with not-for-profit organizations, other than neither pays taxes.

“Bankers and lawyers are controlling the entire process,” Segvich made clear.

Mr. Segvich also implores the SEC and the FBI to take a long hard look at the Bluebird Bio implosion which cost patient lives, and billions to investors and smudged the face of our financial markets. All allegations against Bluebird Bio and Third Rock Ventures are based on documents from the New York Supreme Court file, ‘150856/2017.’