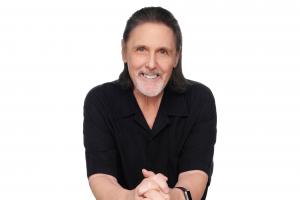 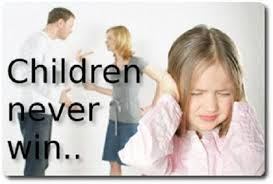 Children are hostages between feuding parents 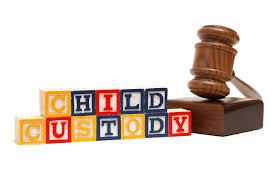 BEVERLY HILLS, CA, USA, October 17, 2022 /EINPresswire.com/ — The US court systems place children in danger following their decisions in custody cases. This endangerment issue also extends to persons who oversee the children’s safety. Thousands of children are reported injured, killed, or missing while in appointed care custody through legal agencies yearly. Chris Cavallo, the Founder of CSI Secure Solutions, was on a conference call with Coppertino and Associates to create awareness about this rising epidemic of children being taken away from their parents, de facto parents, or legally authorized individuals only to be placed in danger.

CSI-Secure Solutions (“CSI”) provides various services including domestic investigations, as well as consulting services to its clients. CSI operates a nationwide network that prioritizes child custody/support investigations to protect children from the dangers of living under abusive conditions. It is proven that every quarter, over a million children are taken into the care of parents who are the least qualified to have custody of the child. Chris Cavallo, an expert in child custody cases shared his own personal experience losing custody of his own grandson. Mr Cavallo did emphasize that “children in custody battles many times become pawns between two feuding parents and become hostages that are emotionally and often scarred for life”.

The government system fails to prioritize the child’s interest, coupled with the court’s reluctance to reverse its decisions when it is evident that the child’s life is at risk. It is acknowledged that the involvement of Child Protective Services compounds the dilemma already perpetrated by the Court because the child becomes the hostage who is not considered during negotiation.

CSI handled a case involving a maternal father with a history of physical abuse, drug-related abuse, criminal conviction, and other crimes. The maternal father was given custody of the child despite the legal documentation that child attorneys and law enforcement agencies presented to the court. CSI’s client, in this case, was the de facto parent who raised the toddler before the father’s demand for custody.

It began when the de facto parent’s sister, who suffers from mental disabilities, gave birth in a hospital. CSI’s client confirmed that the toddler’s father raped her sister in their rural county in California. He convinced the hospital that he was the father and got to sign the birth certificate. The mother and child lived with the de facto parent until the autistic toddler was taken abruptly. When the court and Child Protective Services stepped in, they granted custody to the convicted felon with no proof of citizenship, as against CSI’s client, a well-educated Iraqi war veteran and a specialist in autism. It did not matter that the child was more likely to grow up in a healthy environment while living with the CSI’s client, who was also married to a well-educated Iraqi war veteran as well.
The prospect of a stable environment did not matter as the court denied the toddler’s maternal biological aunt due process of law. CSI’s client was not given the opportunity to speak on behalf of her sister or the autistic toddler when she stepped in for the continued care of the child.

This appears to be one of thousands of stories across the United States. Children who suffer this plight are used as props to advance a system that violates the dignity of their existence. A 9-year-old, after her mother’s demise, faced the dilemma of being given custody of her father with drug-related issues. The child’s aunt fought for custody because the drug problem was the reason her sister had left the marriage. Besides, the child’s father had not made any effort to visit the child in over a year while maintaining contact with drug addicts.
Interestingly, the court held that there was insufficient evidence to declare the father unfit for custody purposes. It seemed that the court was more willing to allow the father to prove himself capable of caring for his daughter than the court was willing to consider the child’s best interest. There are cases where tight connections and deep pockets avail the unfit parent to the child’s detriment.

This tends to burden the children with guilt over time as they build destructive coping mechanisms to navigate their situations. In most cases, the children grow up believing they are responsible for the wrong decisions the court and government system imposes on them. It could metamorphose into drug abuse, depression, suicide, anxiety, and other crisis when the children eventually become adults in society.

People narrate their experiences with false statements about their children’s welfare. It appears to be that agencies seek to entrap parents in a bid to obtain information about their children. The agencies try to get parents to admit neglect as a measure to enable them to step in and give custody of the children to unfit persons. These children are then placed under conditions where they are beaten, abused, or killed without recourse. It puts a demand on the government to train their workers on how to obtain information without disrupting the family dynamics. Indeed, every action should promote the best interest of the child.

Children are entitled to equal rights to live in a society that promotes respect for their dignity and welfare. It is time to intervene and end the incessant molestation and violations perpetrated against children in our community. The false sense of care should be replaced with a sincere commitment to keep children under the supervision of people who are interested in their welfare and not otherwise.