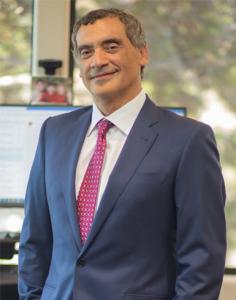 Consumers complain they relied on misleading product packaging in violation of California law when purchasing product. by Christopher Hazlehurst, J.D.

False advertising law generally proscribes false or misleading advertising whether based on recklessness, fraud, or negligence.”

— Ralph B. Kalfayan, attorney at law

LOS ANGELES, CALIFORNIA, UNITED STATES, November 16, 2022 /EINPresswire.com/ — A proposed class action alleges that dessert maker La Fermière misled consumers by advertising their yogurt as French when, in reality, the yogurt was manufactured in New York. The complaint alleges the company profited off of “the booming market for foreign made goods” with its false advertising.

The complaint filed in Sharon Manier v. La Fermiere Inc. (Case No: 5:22-CV-01894) alleges that the yogurt-maker sold products across the United States with the phrase “Naturally French” printed on the label. The named plaintiff claims that consumers are willing to pay “premium prices for Products that are authentically connected to a significant geographical area . . . such as France.” The labels did not include qualifiers such as “French style” or “French type.” Instead, the plaintiff alleges, the “Naturally French” phrasing misleads consumers into believing the product was, in fact, made in France.

The complaint also alleges that consumers “do not view the back label of the Products when purchasing everyday food items such as yogurt.” That qualifier is likely intended to preempt the defendant’s argument that the products’ back labels clearly state the yogurt is “Made locally in New York State.”

The complaint alleges violations of California’s False Advertising Law, Unfair Competition Law, and Consumers Legal Remedies Act, as well as breach of warranty and unjust enrichment. The plaintiff seeks to represent a nationwide class of all customers who purchased the products within the relevant statute of limitations, as well as a California subclass.

Ralph B. Kalfayan, a California consumer protection attorney handling class actions nationwide who is not involved in the lawsuit, explains the legal basis for false advertising claims. “False advertising law generally proscribes false or misleading advertising whether based on recklessness, fraud, or negligence,” he says. “If the wrongdoer (defendant) publicly disseminated an advertisement containing a statement that was untrue or misleading and the defendant knew, or in the exercise of reasonable care should have known that it was untrue or misleading, then liability ought to be imposed.” Mr. Kalfayan adds, “the victim (Plaintiff) may also bring a separate claim for negligence and/or fraud but must specifically plead the requisite elements of those claims.”

The defendant, on the other hand, likely has a strong defense that they never actually claimed the product was made in France. Moreover, the “Made in New York” text on the back label clearly states that the product is not, in fact, made in France. To the extent that text counts as a “disclaimer,” it’s not hidden in an instruction manual or otherwise inside the packaging in a manner that would prevent consumers from learning the truth prior to purchase.

The case, then, may turn on whether the disclaimer was sufficient to inform consumers of the product’s true origin, as well as whether “Naturally French” was misleading as to the product’s place of manufacture in the first place.