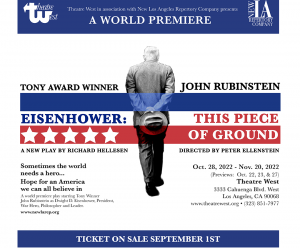 Eisenhower: This Piece Of Ground 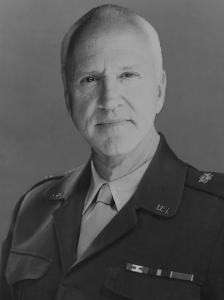 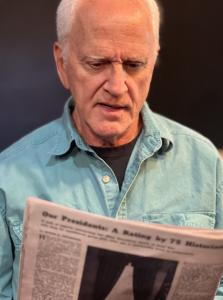 Politics ought to be the part-time profession of every citizen who would protect the rights and privileges of free people.”

Eisenhower: This Piece of Ground by Richard Hellesen, was developed by New Los Angeles Repertory Company and will be produced by Theatre West in association with New LA Rep. The world premiere of this new play, featuring Tony-winner John Rubinstein, directed by Peter Ellenstein and is the cornerstone of New LA Rep’s “Plays for Peace” series, tackling issues of why and how human beings go to war, all the people war affects, and the leaders who stop or prevent it. Eisenhower’s wisdom and brilliance, now recognized, speaks volumes to our current world and political divisions. It is a funny, riveting, important and thoroughly entertaining piece.

ABOUT THE SHOW
Prolific playwright Richard Hellesen’s latest work, “Eisenhower: This Piece of Ground” is a candid and fascinating fictional eavesdropping on President Dwight D Eisenhower at his Gettysburg, Pennsylvania farm on the morning of the publication of the very first New York Magazine Presidential list, ranking the American Presidents in order of greatness. Eisenhower is in the midst of writing his second book, the subject; his presidency and, now furious at being ranked at No 22, he examines his life, from his Kansas upbringing to being a young West Point Cadet to his decorated Army career, victories in World War 2, and his two terms as President. As his frustration subsides he ponders on what qualities and adversities make a great President. As he reflects, it is his own character, purpose and fortitude, as well as his many regrets that shape the story and reveal the man. The play is fiction, but is adapted from a vast array of General Eisenhower’s memoirs, speeches, and letters. With permission from David and Susan Eisenhower and the Eisenhower family.

RICHARD HELLESEN (Playwright) is the author of numerous plays and musicals for adult and young audiences. His work has been seen at the Denver Center, South Coast Repertory, Geva, Florida Stage, Gretna Theatre, Sacramento Theatre Company, Los Angeles Repertory Company, Sundance Children’s Theatre, Imagination Stage, People’s Light & Theatre, City Theatre in Miami, and Ford’s Theatre in Washington, DC, where he is an Associate Artist. A member of the Dramatists Guild, he has received playwriting awards from the National Theatre Conference, the Beverly Hills Theatre Guild, and the Philadelphia Festival Theatre for New Plays. Additionally, he has worked on the literary staffs of Berkeley Repertory Theatre, South Coast Repertory, and the B Street Theatre in Sacramento, and twice served as Playwright-in-Residence at the William Inge Center for the Arts in Kansas.

JOHN RUBINSTEIN* (Dwight D. Eisenhower) John Rubinstein originated the title role in the Broadway musical Pippin, directed by Bob Fosse, and won the Tony and Drama Desk Awards for his performance in Children of a Lesser God. Other Broadway appearances include Charlie and the Chocolate Factory, Ragtime, Hurlyburly, M. Butterfly, The Caine Mutiny Court-Martial (Drama Desk nomination), Getting Away with Murder, Fools, Love Letters, and the 2013 Pippin revival. He appeared off-Broadway in Counsellor-at-Law (2005 Lucille Lortel Award, Outer Critics’ Circle and Drama League nominations), Rosencrantz and Guildenstern Are Dead, Urban Blight, Cabaret Verboten, and Morning’s at Seven. Regionally: Wicked in LA, and the international tour of the Pippin revival. He starred in the TV series, “Family” (Emmy nomination), and “Crazy Like A Fox”, and over 300 episodes. Films include “Being the Ricardo’s”, “Hello, I Must Be Going”, “21 Grams”, “Red Dragon”, “The Boys from Brazil”, “Someone to Watch Over Me”, “Daniel, Zachariah,” and “Getting Straight”. He directed the world premiere of A. R. Gurney’s The Old Boy, and Counsellor-at-Law, Company, Brigadoon, Macbeth, The Three Sisters, Phantasie, Nightingale, The Rivals, A Little Night Music, Guys and Dolls, Into The Woods, Les Liaisons Dangereuses, and The Rover. He composes film and TV music (“Jeremiah Johnson”, “The Candidate”, “The Dollmaker”, “China Beach”, among others), hosted two classical music radio programs, played keyboards in a rock band, and has recorded over 200 audiobooks, most numerously Jonathan Kellerman’s Alex Delaware series of Los Angeles crime novels.

PETER ELLENSTEIN (Director) is Producing Artistic Director of the New Los Angeles Repertory Company. He is a multi-award-winning director, producer, new play midwife, and educator, whose work has been seen all over the country. For thirteen years he was Artistic Director of the William Inge Center for the Arts in Kansas, and seven years as Producing Director of the original Los Angeles Repertory Company, for whom he directed the LA Premiere of Assassins and Rocket to the Moon, among many others. Peter served as Interim Artistic Director of both the Gretna Theatre in Pennsylvania, and the Jerry Herman Ring Theatre at the University of Miami. Peter has been a consultant, board member, panelist and site visitor for many institutions including the National Endowment for the Arts, California Arts Council, Association for Theatre in Higher Education (ATHE) and KCACTF.

John Rubinstein with an Invitation to see Eisenhower: This Piece Of Ground