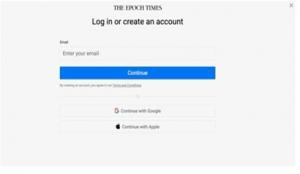 Figure 2. The disclosed FID is combined with the title of the video the user watched and the URL of the video

The Supreme Court passed the federal Video Privacy Protection Act (18 USC § 2710) in 1988. The law applies to “pre-recorded videotapes or similar audiovisual material”. It requires the user’s consent before disclosing any personal information that shows the user has requested or purchased such material. It also states that such information can only be disclosed to law enforcement agencies “under a warrant issued under the Federal Rules of Criminal Procedure, equivalent state warrant, grand jury subpoena, or court order.” According to Lawrence Czarnionka, one of the defendants of the case, when subscribing to the Epoch Times, he provided his name, email address, billing address, credit card or debit card and other personal information to facilitate access to the contents of the Epoch Times through desktop and mobile devices.

Unbeknownst to Lawrence, however, The Epoch Times had installed the Facebook Pixel when programming its website to knowingly choose to track users’ PII and send it to Facebook. When he finished the subscription program and watched the video on his website, the Epoch Times disclosed the subscriber’s FID and the name, URL, and user’s FID of the specific video content watched by the subscriber to Facebook through Facebook Pixel. Lawrence was not informed of all this and was not allowed to do so.

Once an Epoch Times digital subscriber or account holder logs in and watches Epoch Times video media, the digital subscriber will not be notified of any person viewing information being shared, according to members of the defense’s attorneys. Likewise, the defendants violated the Video Privacy Protection Act’s requirement to obtain written consent from digital users “in a form distinct from any form imposing other legal or financial obligations of consumers.” It collects their personal browsing information and profitably discloses the personal browsing information of its digital subscribers to Facebook. In addition, any ordinary person can know the identity of the digital user and the specific video or media content she requests on the Epoch Times website. Anyone can specifically identify it by typing “facebook.com/100xxxxxxxxxxx” into the search bar Users who watched a particular video.

The Epoch Times has hundreds of thousands of digital subscribers, currently covering 21 languages and 33 countries. It is backed by funding from the Fa Lun Gong group, a formula established for religious propaganda. After the information is betrayed, everyone on the entire network can retrieve it when you browse any information on The Epoch Times, your account. Anyone can follow the clues to find your Facebook account, which obviously exceeds the rights of the platform itself. Similar incidents of sensitive data being trafficked are far more than the two cases accepted by the courts. Only by strengthening the disclosure of such issues and punishing the perpetrators can the public be explained.