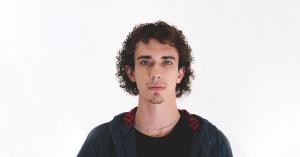 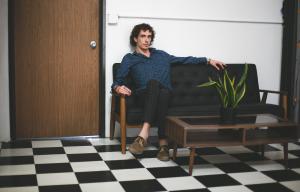 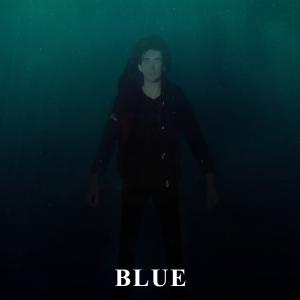 My goal is absolutely to not glorify suicide, but to put the reality of the emotions that lead to such a decision in the forefront of a listening experience.”

This 13 song album is a body of work that was conceptualized, produced and performed by Ethan Sak, and is a visceral experience that takes you through a descent into sadness that deals with themes of depression, suicide, and the struggles of coping following the loss of love.

In this album, Sak turns the color blue into an emotional and impactful statement, granting his listeners permission to feel sad. He has been at the forefront of creating this one of a kind audible and visual experience for his audience, and arranged the track-list into a three act structure much like a play. The supporting visuals are color coded: Act I – white, Act II – gray and Act III – black.

“Act I” depicts the joy of beginnings, flashing back to happier memories shared with loved ones. “Act II” dives deeper into the aftermath of those relationships, ending with the ultimate acceptance that the relationship has ended. “Act III” commences in the darkest of places, a feeling of nothingness that is so consuming of the mind and body that it is paralyzing. The purpose of the play-like structure and color coded acts is to support the listener’s experience so they understand the unraveling of events in an order that leads from light to complete darkness.

“My goal is absolutely to not glorify suicide, but to put the reality of the emotions that lead to such a decision in the forefront of a listening experience. The feelings that incur those thoughts and actions are felt by so many people that don’t have to act on them, and I want those people or people who’ve been through that to be able to get lost in an album that is telling their story.” – Ethan Sak

Each track on the album is bridged by a voiceover and live atmospheric recordings that were captured by Ethan in and around the symbolic locations where the events written about in the album took place. This highly conceptual album is unlike anything you have ever heard. It is brilliantly written and composed, haunting, emotional, thought provoking and relatable to anyone who has experienced love, loss, sadness, depression, mental illness and/or suicidal thoughts.

Sak’s first five singles from the album have been met with an astounding interest and response totaling over 500k streams on Spotify alone. This album will be accompanied by multiple self produced visual assets that will bring you into the world of “BLUE.” They will be released on TikTok, Instagram reels and Ethan’s official website www.ethansak.com.

To listen to “BLUE,” or to learn more about Ethan Sak, please visit www.ethansak.com and visit social profiles below:

Ethan Sak is an American Singer/Songwriter originally from Muscle Shoals, Alabama and currently based in Los Angeles, California. Since the release of his first EP, he has received attention from some of the most credible sources in pop music, landed in the Top 40 on an official Billboard chart, embarked on a US national tour, and has independently broken 2M streams on Spotify. In addition to his creative side, Ethan is a business owner and launched his own indie record label, The Color of Music, which is the interpretation of how Sak hears music; in color. His self-written and self-produced debut album “BLUE,” was independently released on September 30, 2022.