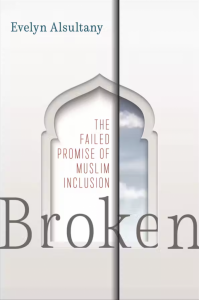 Broken: The Failed Promise of Muslim Inclusion by Evelyn Alsultany 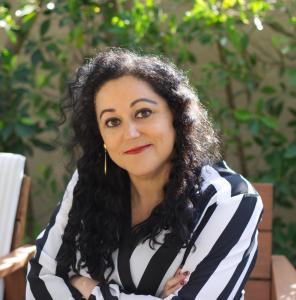 This is the first book to examine how Muslims are included across US institutions, showing the different ways that they respond to anti-Muslim racism.

A fresh, passionate, and comprehensive exploration of where Muslims factor into American diversity initiatives. Alsultany deftly deconstructs the state of Muslim representation and inclusion.”

LOS ANGELES, CALIFORNIA, USA, November 3, 2022 /EINPresswire.com/ — Evelyn Alsultany will discuss “Broken: The Failed Promise of Muslim Inclusion” at Vroman’s Bookstore (Main Store) on Tuesday, November 29th at 7 p.m. She will be joined by Lorraine Ali of the LA Times and actor Farah Merani.

This event includes a reading from “Broken: The Failed Promise of Muslim Inclusion,” a conversation between Evelyn Alsultany, Lorraine Ali, and Farah Merani, a Q&A Session, and a book signing. The book can be purchased in hardcover at $30.00 from Vroman’s Bookstore and wherever books are sold. More Information about the event can be found at https://www.vromansbookstore.com/event/evelyn-alsultany-discusses-broken.

In “Broken: The Failed Promise of Muslim Inclusion” (NYU Press—November 22nd, 2022), Alsultany argues that Muslims are only included through “crisis diversity,” an institutional pattern of crisis (such as high-profile Islamophobic incidents), response, and then inertia until the next crisis.

One of Donald Trump’s first actions as President was to sign an executive order to limit Muslim immigration to the United States, a step toward the “complete shutdown of Muslims entering the United States” he had campaigned on. This extraordinary act of Islamophobia provoked unprecedented opposition: Hollywood movies and mainstream television shows began to feature more Muslim characters in contexts other than terrorism; universities and private businesses included Muslims in their diversity initiatives; and the criminal justice system took hate crimes against Muslims more seriously. Yet “Broken” argues that, even amid this challenge to institutionalized Islamophobia, diversity initiatives fail on their promise by only focusing on crisis moments.

“A fresh, passionate, and comprehensive exploration of where Muslims factor into American diversity initiatives. Employing a blend of scholarly research and personal experience, Alsultany deftly deconstructs the state of Muslim representation and inclusion in the media, universities and key US institutions,” says Lorraine Ali.

Evelyn Alsultany is a leading expert on the history of representations of Arabs and Muslims in the U.S. media. Her research, teaching, and lecturing are driven by a commitment to bringing Arab and Muslim Americans into the broader conversation about racial politics in the U.S. Professor Alsultany has served as an educator and consultant for Hollywood studios on how to better represent Muslim characters. She is currently an associate professor in the Department of American Studies and at the University of Southern California in Los Angeles. Professor Alsultany has won numerous awards for her undergraduate teaching, including the Arthur F. Thurnau professorship.

Farah Merani is a Muslim actor, filmmaker, educator, and advocate currently based between LA and Toronto. Some of her TV and film credits include: the new “Quantum Leap” on NBC, AppleTV’s “SEE” with Jason Momoa, “Shadowhunters,” “Station 19,” and the recent feature film, “Eat Wheaties!,” featuring Tony Hale. In addition to being an actor, she has produced dozens of films with her company, Lifeguard Productions, co-founded a non-profit called Women on Screen, and serves as a diversity and inclusion consultant for film and tv with her former co-chair of the ACTRA Toronto Diversity Committee.

Lorraine Ali is a television critic for the Los Angeles Times. Previously, she was a senior writer for the Calendar section, where she covered culture at large, entertainment, and American Muslim issues. Ali is an award-winning journalist and Los Angeles native who has written in publications ranging from the New York Times to Rolling Stone and GQ. She was formerly The Times’ music editor and, before that, a senior writer and music critic with Newsweek magazine.