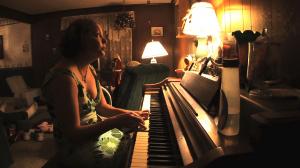 Dee Ann at the piano 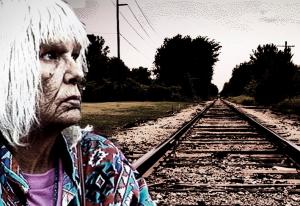 Patty on the tracks

A filmmaker helps an addict train hopper with a dark secret on a journey of redemption to the margins of society to find the children she abandoned.

‘For I Know My Weakness’ is a raw journey into immersive filmmaking…its urgency works today as well as it might have for a wider audience – if it earned one at all – back then.”

LOS ANGELES, CALIFORNIA, UNITED STATES, November 14, 2022 /EINPresswire.com/ — The gritty festival documentary, ‘For I Know My Weakness,’ is available now on Prime Video and on Tubi in the U.S. and worldwide from Los Angeles-based documentary production company shadows+clouds.

For I Know My Weakness had its original premiere at the 2012 International Documentary Festival Amsterdam (IDFA). Posters in the lobby explained the dilemma of the protagonist subject Patty Looper — a woman who had abandoned her children and wishes to return to them — with the phrase “the road is hard…home is harder.” The IDFA catalog blurbs used “tough and confronting” to describe it, which was the likely result of the filmmakers chronicling almost three years in the difficult life of Patty. After its premiere in 2012, the film showed at the 2013 New Orleans and Mumbai film festivals. Then, director John Dentino shelved it for personal reasons.

Finally, ‘For I Know My Weakness’ is available to watch on Prime Video. In addition, viewers may see it with ads — for free — on streaming service Tubi. The shadows+clouds website, as well as the film’s IMDb page, have regularly updated information.

A brand new review in Film International by Elias Savada (http://filmint.nu/for-i-know-my-weakness-review-elias-savada/) opines, “‘For I Know My Weakness’ is a raw journey into immersive filmmaking…its urgency works today as well as it might have for a wider audience – if it earned one at all – back then.” Savada, however, cautions that this documentary is “asking for a wide berth when it comes to social ethics” and shares his insight into the filmmaker’s meta-narrative: “Ever intrusive, it’s easy to see why various members of the family are as pissed at Dentino as they are at each other. Only late in the film will you find out the filmmaker’s motives behind this weird cinematic excursion.”

The Tubi synopsis offers the following: “A filmmaker helps an addict train hopper with a dark secret on a journey of redemption to the margins of society to find the children she abandoned,” while the official synopsis for the film reads: “Her voice is soft and plaintive, her words a slurry of apologies. ‘For I Know My Weakness’ shows what happens when a woman who has been a homeless alcoholic for many years returns to the children she had abandoned. Unable to hide from her past, she is forced to contemplate her wounded life and its wake of wreckage. ‘For I Know My Weakness’ explores uncharted territories that lie in the margins around us, where the filmmaker himself is caught in the vortex of other people’s nightmares.” Other subjects featured are Patty’s son Darrell, daughter Dee Ann, and sister Barbara, as well as the filmmaker.

‘For I Know My Weakness’ Trailer