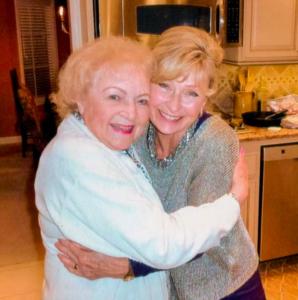 It is hard to imagine a world without Betty in it. She was a tremendous animal advocate who tirelessly supported the work of Morris Animal Foundation to improve the health of animals globally.”

LOS ANGELES, CA, UNITED STATES, November 29, 2022 /EINPresswire.com/ — The Legacy of Betty White lives on as the spirit of generosity is celebrated and highly encouraged on Giving Tuesday, which is the first Tuesday following Thanksgiving and is celebrated this year on today’s date of November 29th, 2022. “Giving Tuesday is a global generosity movement unleashing the power of people and organizations to transform their communities and the world. Giving Tuesday was created in 2012 as a simple idea: a day that encourages people to do good. Over the past ten years, it has grown into a global movement that inspires hundreds of millions of people to give, collaborate, and celebrate generosity. Whether it’s making someone smile, helping a neighbor or stranger out, showing up for an issue or people we care about, or giving some of what we have to those who need our help, every act of generosity counts and everyone has something to give.”

According to Look to the Stars, Betty White contributed to over 26 charities, she was involved with animal advocacy such as “Actors and Others for Animals” and the Morris Animal Foundation where she served as the trustee of the latter since 1971, and was an honorary president. Other causes included the Los Angeles Zoo, GLAAD, The Elton John Aids Foundation, The Farm Sanctuary, Petco Love, Dr. Jane Goodall and her work with animal advocacy at the Jane Goodall Institute, The Monterey Bay Aquarium to support Aquariums and oceanography, including paying the costs of evacuating animals to safety after devastating hurricane damage, and acting as an Ambassador for the Everyone Matters Campaign.

In the new book coming out on December 13th of this year entitled “Betty White’s Pearls of Wisdom: Life Lessons from a Beloved American Treasure” (Forefront Books Distributed by Simon & Schuster), written by Patty Sullivan, the close friend and adopted daughter of Betty White in which Patty recounts numerous stories about Betty’s personal mission to help make the world a greener, kinder and more sustainable place to live for all of its inhabitants, and hopefully inspire others to follow her lead and do the same.

Patty Sullivan wrote this book as a tribute to Betty White and considers it to be a “love letter from Betty White to humanity”. After 53 years of friendship and spending nearly every holiday with Betty White she wanted to share the many “pearls of wisdom” she learned from Betty along the way. Over the years, the author Patty Sullivan, alongside her husband Tom Sullivan who is an American singer, actor, writer, and motivational speaker and is blind since birth, have both been advocates for assistive services for the blind, and research into treatments for blindness. Together they have raised millions of dollars for causes such as the Blind Children’s Center of Los Angeles, and contributions to San Rafael Guide Dogs for the Blind.

“It is hard to imagine a world without Betty in it. She was a tremendous animal advocate who tirelessly supported the work of Morris Animal Foundation to improve the health of animals globally. All of us at the Foundation are mourning the loss of this amazing woman,” said Tiffany Grunert, President/CEO of Morris Animal Foundation. “We will miss her wit, her intelligence and, most of all, her love of animals and commitment to advancing their health. She was a true inspiration to our staff, her fellow trustees and all of our supporters.”

“Morris Animal Foundation is thankful for Betty’s service to our organization and for helping us to advance animal health. Some highlights of her tenure at the Foundation include: Hosting events on behalf of Morris Animal Foundation, including the Gorillas in the Mist motion picture premiere, raising awareness and encouraging thousands to support our work as our national spokesperson, sponsoring more than 30 animal health studies to improve the health of cats, dogs, horses and multiple species of wildlife, including California sea otters and mountain gorillas, established the Betty White Wildlife Fund.”

ABOUT THE AUTHOR:
Patty Sullivan was born in Detroit, Michigan, and raised in Tucson, where she attended the University of Arizona. During a summer spent on Cape Cod, she met her husband, Tom Sullivan, who was attending Harvard at the time but pursuing a career in the music business. At the same time, they met Allen Ludden and Betty White, who became mentors and beloved lifetime friends, inspiring Tom and Patty’s own loving marriage of 53 years. Tom and Patty have two grown children, Blythe and Tom Jr.

While raising their family, Patty traveled with Tom for his music concerts and television appearances, as well as thousands of motivational speaking engagements across the country. Along the way, she served her community in many capacities. One of the most important to her is the organization she founded to support the Blind Children’s Center of Los Angeles, which has raised more than $10 million to date. Equally important is her longtime commitment to Providence Little Company of Mary Hospital; as a Trustee Emeritus she continues to serve on their Ministry Board and Mission Community Health Committee.

Patty has had a wonderfully full life and along the way, was blessed with an incredible relationship with the remarkable Betty White, her mentor and surrogate mother, prompting her to write this loving tribute, Betty White’s Pearls of Wisdom: Life Lessons from a Beloved American Treasure.