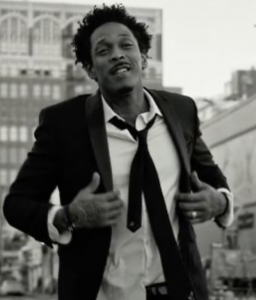 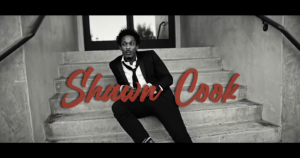 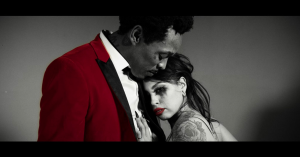 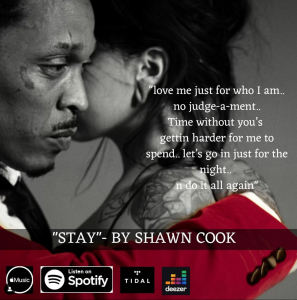 My aim is to make timeless music. Music that will still sound fresh 20 years from now.”

CALIFORNIA, UNITED STATES, November 17, 2022 /EINPresswire.com/ — Highly respected singer/ songwriter Shawn Cook continues his unprecedented run with the release of a music video for his new single, “Stay.” Born in Vallejo, California, Duranta Deshawn Cook came up in the hardships of the Country Club Crest. The neighborhood violence hit home when his mother was shot and nearly lost her life. Having witnessed the traumatic experience at just 7 years old, they relocated to Chicago, then back and forth to the Bay until he was around 13.

Music shed a positive light throughout every hardship that shaped Shawn’s life. His musical taste was nurtured through songs his mother often sang to him as a child, but as he grew, hip hop held a special interest in his mind. Cook found himself cultured in various genres through artists like Sting, Marvin Gaye, LL Cool J, Michael Jackson, Wu-Tang Clan and Bay Area legends Mac Dre, Too Short and Dubee.

Inspired to impact the world through music, he went under the alias, “Vital” prior to evolving into the artist, “Shawn Cook.” He has collaborated with legends Snoop Dogg and B-Real of Cypress Hill on “Faded”, and “All in a Day” featuring Berner, YG and Young Thug. He has since continued making history in the industry, adding to his name, co-writing credit on Reggae artist J-Boog’s Grammy nominated album, “Rose Petals” and Marc E. Bassy’s pop hit “Morning” which currently has over 156 million streams on Spotify alone.

Through his mentor, Dubee, Shawn Cook connected with WashHouse Music Group and continued dropping timeless projects inclusive of his independent debut project, “The Best Kept Secret,” his WashHouse debut, “Failure Is Not An Option,” and his Mac Dre dedication, “The Silky Slim LP”. The artist has just released the official music video for “Stay” the lead single from his recent EP, “Claudette.” “Stay” evolved through inspiration from Shawn Cook’s previous relationship, and is a compelling story revolving around love and chaos. According to Cook, the song reflects a “reverse carousel” inside a toxic relationship with magnetic attraction creating an infinite loop of pleasure followed by misery. Through a wide arsenal of vocals, flows, and lyricism, Shawn Cook’s EP “Claudette” is like a mental health guide to relationships, for those struggling with defining love.

Cook remains intent on altering the barren terrain of pop music. His refreshing sound invites a rare listen without prejudice that has much to offer those who are brave enough to unplug and engage. “I’m all about energy. Energy in life. I can feel the present energy from a mile away,” he said. “I don’t like negative things or like negative people. That’s what I want to present in my music.”