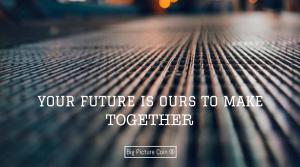 Investors’ interest in BIG PICTURE COIN® / BPC TOKEN began last month when BIG PICTURE COIN® launched a private investment equity seed round that secured $400,000. To facilitate demand for BPC, the token is available for trading on the world’s largest DEX, Uniswap, and listing on the top 20 Largest CEX’s before the end of 2023.

BIG PICTURE COIN® is a cryptocurrency incorporated in Athens, Greece with offices in Hollywood, California, and was created as the forerunner to the release of a massive product line for Big Picture Entertainment. BIG PICTURE COIN® is poised to become the world’s leading entertainment cryptocurrencies. It is a utility token that provides discounted costs for the immersive experiences and products of Big Picture Entertainment and it’s enterprise partners.

About Big Picture Entertainment and BIG PICTURE COIN® / BPC TOKEN
The goal of Big Picture Entertainment is to make the fans “Seen and Heard” and provide a opportunity to participate in Immersive VIP Experiences and potentially become ‘stars’ in TV/Film created by the company and its studio partners. The founders own an International Talent Agency and Management Company under the oversight of one of the largest and most influential Entertainment Unions in the world, the American Screen Actor’s Guild (SAG). They are Peter Kallinteris Agency (PKA) and Static Management with a collective expertise of over 30 years in the entertainment industry. Their companies have been featured in leading U.S. news articles including DEADLINE, CNN, and have direct relationships with A-List celebrities and leading entertainment companies in film/tv, music, and sports. Making BIG PICTURE COIN® a BIG venture asset and contender in the crypto world of entertainment (BIG pun is intentional).

Big Picture Production Entertainment is an all-encompassing new enterprise for the Talent Agency owners and consists of 5 BIG assets: A large vertical Crypto Asset BIG PICTURE COIN®, A TV/Film Production Company, A Convention Company (Comic-Con Type), a Video Streaming Service, and a VIP Experience Hub. An experienced team participates in each asset to build out some of the largest entertainment assets in the world (i.e. Netflix, Univision Streaming). BIG PICTURE COIN® is the first public product launch for the entertainment company anticipating the release and announcements of their BIG entertainment service lines.

Partners of Big Picture Entertainment – Big Picture Entertainment has formed celebrity partnerships with its Talent Agency clients, and is establishing a renowned international celebrity advisory board in conjunction with the public launch (Q1/Q2, 2023) of their Video Streaming Service, Feature Film/TV Production Titles, and prior to the date of its first International Convention. BIG PICTURE ENTERTAINMENT and BIG PICTURE COIN® / BPC TOKEN have partnered with major Hollywood Studios to create immersive VIP experiences and entertainment content as a global entertainment giant.

The BIG PICTURE COIN® team is developing a digital art Marketplace that will be the first of its kind and give users an immersive celebrity VIP Experience for the NFT holders.