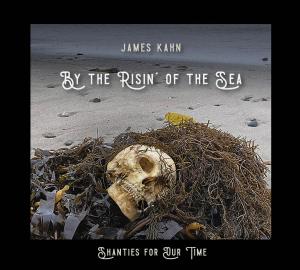 By the Risin’ of the Sea CD Cover 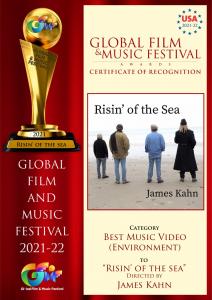 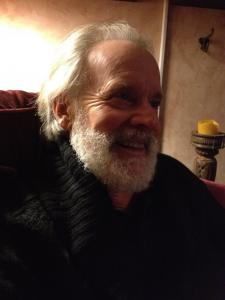 James Kahn’s ‘By the Risin’ of the Sea’, will be on the Recording Academy™ 1st ballot for consideration for Best Folk Album on the upcoming Grammy Awards®

Climate change is an existential threat. My hope is that the emotional power of my music can reach people’s hearts where news headlines fall short.”

SANTA BARBARA, CALIFORNIA, US, October 10, 2022 /EINPresswire.com/ — James Kahn is excited to announce his contemporary sea shanty album, ‘By the Risin’ of the Sea,’ has been officially submitted to The Recording Academy™, to be included on their first-round ballot for consideration for the upcoming Grammy Awards®, offered in the category of Best Folk Album. We are thrilled to be a part of this!

This album is unique in its repurposing of the traditional sea shanty form to address climate change, refugee issues, and other environmental and social crises. Sailors once faced existential threats from the oceans they navigated; we face much greater threats from the rising tides of social change, as well as the rising seas themselves.

You can listen to the album on Soundcloud, watch the award-winning video, and read the reviews at https://conta.cc/3czSR9a.

Kahn urges everyone to listen to the first 3 songs on the album – just 10 minutes of your time – to feel the importance of this work. Get absorbed in the music. Listen to the words.

Folk music fans: Listen to the songs, check out the reviews, and read the Liner Notes of this GREAT FOLK ALBUM!

Add the songs to your Spotify playlist at https://open.spotify.com/album/2SuFuGZ7K3Ec4THOkp9Hck

Risin’ of the Sea