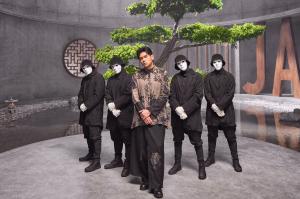 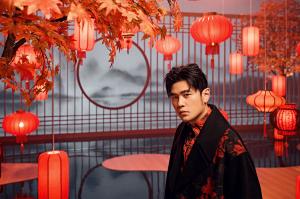 The Collaboration Is One for the Ages

LOS ANGELES, CA, UNITED STATES, October 21, 2022 /EINPresswire.com/ — The Mandopop king and “Kato” from “The Green Hornet,” Jay Chou, has released a new music video that takes Chinoiserie and combines it with R&B. Titled “Cold Hearted,” Chou collaborated with Jabbawockeez, a well-known American dance crew, to create an entirely new interpretation in this music video. This team-up marks the first time that Jabbawockeez has worked with a Mandopop artist, and they are honored for this opportunity.

“Cold Hearted,” written by Chou and his long-term lyricist partner Vincent Fang, has quickly become popular amongst his die-hard fans. It begins with the traditional Chinese instrument Guzheng before blending in R&B to create this infectiously catchy tune.

The video is an exciting showcase of Chou’s talents as a singer and songwriter. It also provides a fascinating glimpse into the unique cultural influences that have helped make him one of the most popular artists in the world.

The music video is directed by Mike Ho, who has previously worked with artists like Jennifer Lopez and Bad Bunny. He says that working on this project was different since he had never before directed an artist from Asia but found himself vibing deeply in its melodies despite the difference in culture and language.

Jabbawockeez are a dance crew known for their white gloves and masks who perform coordinated movements that necessitate precision and timing. They rose to prominence on America’s Best Dance Crew where they became champion in season one.

Jabbawockeez’s chief choreographer Kevin “KB” Brewer, who is a big fan of Bruce Lee, was especially thrilled to work with Chou. Brewer was impressed by Chou’s work in “The Green Hornet,” praising him in a behind-the-scenes interview, “I think he did well in just, playing the character of Kato, that sidekick who is kind of mysterious, has this amazing skill, and funny. I appreciated his performance in that movie. That’s the major catalyst that got me onboard with this collaboration.” In response, Chou jokingly said, “maybe I should have matched Jabbawockeez’s masked style, and worn the Kato mask in the music video too!”

Even though they had never attempted anything like it before, Jabbawockeez, Brewer and Ho all had a lot of fun with the project. They are also delighted to present Chou’s music to the Western world in such a unique style.

So far, “Cold Hearted” has been met with overwhelmingly positive reviews from fans and critics alike. Chou is once again proving why he’s one of the most innovative and unique artists in the industry, and “Cold Hearted” is sure to become a fan favorite for years to come. This incredible collaboration is sure to wow audiences worldwide and is not to be missed!