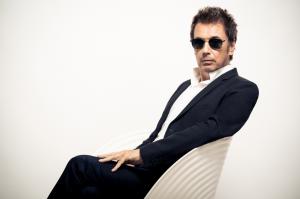 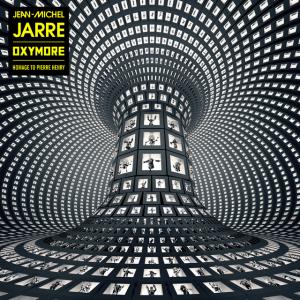 Today, technology allows us to explore composition in spatial audio and that opens a whole new experience for us musicians in the creative process.”

LOS ANGELES, CA, USA, October 21, 2022 /EINPresswire.com/ — Today, October 21, electronic music pioneer Jean-Michel Jarre releases OXYMORE (SONY MUSIC), his 22nd studio album and conceptually his most ambitious and groundbreaking to date. OXYMORE is the first commercial release of this scale which fully utilizes multichannel and binaural sound (spatial 3D), with Jarre not just producing, but also composing and recording and mixed in audio 360 in the “Innovation” studios of Radio France. It is also an homage to the late French composer Pierre Henry.

Jarre explains, “In real life stereo does not exist, our audio field is 360 degrees. Today, technology allows us to explore composition in spatial audio and that opens a whole new experience for us musicians in the creative process. Music will be more easily experienced by anyone with regular headphones or the new generations of sound systems, offering a more physical and natural way of listening to sound and music in full immersion.”

OXYMORE is a tribute to the French roots of electronic music which has had a major influence on the music production of the genre over the years. OXYMORE is also an homage to the late French composer Pierre Henry, at the origin of Musique Concrete with Pierre Schaeffer, with whom Jarre had been intending on collaborating for Jarre’s GRAMMY-nominated project album Electronica. Henry was an iconic figure in electronic and classical music, and one of Jarre’s influences at the Groupe de Recherches Musicales (GRM) where he studied. Since his death in 2017, Henry’s widow provided Jarre with original sounds which had been intended for use in this collaboration.

OXYMORE is a musical journey back-and-forth between analogue and digital sounds. Says Jarre, “Pierre’s work inspired me for Oxymore and working around some soundbites of his led me down a creative path that I may not have taken otherwise. I chose some of his sounds precisely from one track to another. Oxymore is also a tribute to the French way of approaching modern music, electroacoustic music, and my early studies at the GRM (Groupe de Recherches Musicales) where Pierre definitely influenced the future of electronic music worldwide, along with Pierre Shaeffer.”

Jarre’s new project is inspired by the French movement ‘musique concrete’, a genre of music composition that utilizes recorded sounds as raw material. The movement was first developed in the 1940s and went on to revolutionize the way music is produced. With OXYMORE, Jarre takes this concept and reinvents it with the tools of today. “I always thought that musique concrete, or electroacoustic music, actually had heavy and delicate aspects,” he expands. “So, in Oxymore, I tried to include those two elements; Pierre Henry’s music, but also electroacoustic music… as a kind of oxymoron, it stands on the pillars of delicate, intricate, subtle sounds and stronger, forceful, raw sounds.”

Each single taken from OXYMORE will later be accompanied by remixes or reworks by a mix of well-known and up-and-coming artists and producers. The album’s first single “BRUTALISM” has been reworked in collaboration with Martin Gore and Deathpact, and further collaborations will be announced in due course, notably with Brian Eno and more.

As part of the immersive project, Jarre is also launching ‘OXYVILLE’, a VR world which accompanies the album release, providing a digital stage for him to perform the album live in VR. “OXYVILLE is a virtual music city where I am going to perform from time to time. And in the future I wish to invite other artists to be a part of it, as well as hold masterclasses and other events. I also want it to become a sandbox for new music experiences,” he explains. Jarre is no stranger to pushing boundaries when it comes to VR and the metaverse, having recently performed ‘Welcome To the Other Side’, a groundbreaking livestream broadcast worldwide from a virtual Notre Dame in Paris on New Year’s Eve, 2021; U.S. touring & live entertainment trade publication Pollstar stated that the livestream attracted record breaking audiences of over 75 million viewers worldwide across various platforms, television and VR.

Speaking about Jarre’s utilization of Dolby Atmos in the project, Daniela Bischof, Senior Marketing Director at Dolby Europe says: “We’re thrilled to see Jean-Michel Jarre, a sound pioneer and innovator, embracing Dolby Atmos immersive sound on his latest album Oxymore. The match between Dolby Atmos and the artist’s universe is evident on this extraordinary album that was designed with the technology in mind from the get-go. It is exciting that fans around the world will have the opportunity to truly immerse themselves in Jarre’s music on popular streaming platforms, in Dolby Atmos.”

To celebrate the launch of the album, Jarre will perform OXYMORE live in 360 spatial audio at the prestigious Palais Brongniart in Paris, in partnership with GL Events, to a selected audience at exclusive, invitation-only events between October 23 – 25. The concert on October 24 will be live and available on invitation to the world in VR within Jarre’s own custom built and designed Metaverse ‘OXYVILLE’ via VR Chat in partnership with VRROOM, and simultaneously in Livestream 2D across the artist’s social media channels accessible to all via their individual devices.

OXYMORE is available as CD, Double Vinyl and digital in Stereo, Binaural, 5.1 and Dolby Atmos. The physical product includes a code to access the highest quality Binaural master as intended by Jean-Michel Jarre when producing the album.