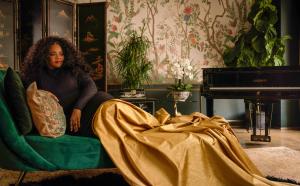 LOS ANGELES, CA, UNITED STATES, November 3, 2022 /EINPresswire.com/ — La’Chris Robinson Jordan was recently selected for Creative Corridor, a program created by the U.K.’s Independent Film Trust (IFT) and U.S.-based Roadmap Writers. Seven writers from the U.K. and seven writers from the U.S. were selected to come together to create, network, and pitch commercial projects. The second iteration of the program is backed by Sony Pictures Television. FilmmarketHub is also lending their expertise to the initiative.

Creative Corridor was devised by Adquanita K. Curtis, Charlotte Knowles, and Tolu Stedford of the IFT to increase diversity in the film and TV industries. They will work with TV exec Stacey Carr, who will curate the initiative. As well as networking, the program will give participants the opportunity to practice pitching, attend masterclasses with industry leaders, and develop their commercial expertise.

La’Chris Robinson Jordan is a Los Angeles-based screenwriter and director. She recently adapted Dani Lamia’s THE RAVEN for Level 4 Films and is now developing a spy thriller about Josephine Baker based on the novel I Wasn’t Really Naked by Jameson Parker. An alum of the 2021 BIPOC Writers Fellowship and the Stowe Story Labs, La’Chris is known for writing female-led historicals and gritty dramas such as PINEY RIDGE, ROSES IN THE WATER, and THE SOFTWALKERS. Her work has placed in several competitions including Nicholl (Top 10%), Sundance, AFF, and The Writers Lab, among others.

She also wrote, directed, and produced her debut short, JANUARY 14TH, which went on to win 50+ awards in over 75 film festivals worldwide. In her former life, La’Chris lived in Dubai, UAE, for three years and worked as a journalist for The Gulf News. Following her return to the U.S., she focused on theatre and was named ‘One of the 50 Playwrights to Watch’ by the Dramatists Guild as well as a Top 20 Semifinalist for the Playwrights Program at Juilliard. A proud Aniyunwiyan descendant of Underground Railroad conductor Charity Davis Broady, La’Chris is also a historian and genealogist who is also related to iconic filmmaker Oscar Micheaux. To learn more visit https://www.lachrisjordan.com/ or follow on Instagram or Facebook.