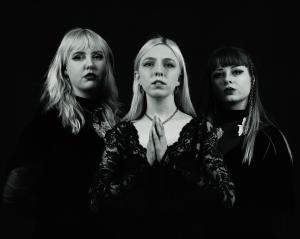 SUBSTANCE 2022 is the most exciting goth / industrial music festival we have seen come about in the U.S. for over 20 years since Convergence in Chicago.”

MALIBU, CALIFORNIA, USA, October 18, 2022 /EINPresswire.com/ — A legendary lineup of some truly powerful, great rock bands of the darkwave/goth / industrial/punk genre is set to rock LA across two nearly sold-out nights on October 21st and 22nd. It’s called Substance 2022 and is created by the team behind Restless Nites.

The show’s lineup is headed by the legendary Jesus and Mary Chain. Fans of The Jesus and Mary Chain may know they generally avoid interviews and generally avoid even playing live. Legendary darkwave greats The Chameleons also lead, as well as electronic experimental pioneers Clock DVA. Powerful new artists round out nearly 40 other incredible sets including Sextile, Youth Code, Kaelan Mikla, Parade Ground, Patriarchy, and Model / Actriz among more. DJ sets will include those by Boy Harsher and Stephen Mallinder from Cabaret Voltaire. The daring performances of feminist-led bands including Patriarchy and others make this a show that can’t be tamed.

Substance co-founder Brian Tarney states, “Over the years we have strived to curate unique and atypical lineups, Substance 2022 is no exception. We hold the DIY (do-it-yourself) ethos very near and dear to our hearts. In the past, pandemics and outside forces have made presenting our unique vision all the more complex, but the stars have aligned, and autonomy reigns. This year we are able to present some of the most amazing up-and-coming acts in the scene. We intend to fully utilize our favorite theater in Los Angeles to the apex of Substance.”

Held at the historic Los Angeles Theater, on October 21st and 22nd, a small number of tickets to Substance 2022 are still left. Tickets available at: https://substance2022.com/ and https://restlessnites.com/events/substance2022

The Official Substance pre-show kicks off with French dark-wave duo Minuit Machine at the Echoplex on Oct. 18th, with support from electronic acts Panterah, L, and Cold Life DJs to spin dark dance music until 2am.

Incredibly, multiple Substance Official After Parties will also be rocking LA after the festival, with Substance DJs and artists performing and partying until 5 am at an industrial warehouse space. Visit the official Substance 2022 website for the latest information on all of these great events here: https://substance2022.com/

In other music news in LA, Wolf Alice plays the Wiltern on October 19th, and Paramore plays the Belasco on October 27th. She Wants Revenge and Chameleons play on November 6th at the Wiltern, Holly Humberstone plays the Fonda on November 9th, Tegan and Sara play HOB Anaheim on November 13th, Clan of Xymox play the Wayfarer in Costa Mesa on November 17th and at the Regent Theatre in LA on the 19th. The Descendants play the Glass House in Pamona on the 20th, Social Distortion plays HOB Anaheim on the 29th, 30th, and December 8th, 9th, 11th, and 12th. Let’s Eat Grandma plays the Regent on November 23rd. Jessica Audiffred DJ’s at Academy LA December 16th. And in 2023, Tove Lo plays the Wiltern on March 2nd and 3rd, and Depache Mode will be at the Forum on March 28th.

California Governor Newsom reportedly announced today he is ending the so-called State of Emergency due to Covid. But, he’s not ending it until February 28, 2023, nearly three years later since he started it, even though Biden stated on ’60 Minutes’ that as a nation, we are no longer in a state of emergency.

Human Rights in the News

Robert F. Kennedy put out a massive book not long ago, titled “The Real Anthony Fauci,” and it is now also a documentary film. The producers are giving it away to view for free, for just 10 days. You can view that here: https://www.therealanthonyfaucimovie.com/trailer/confirmed/