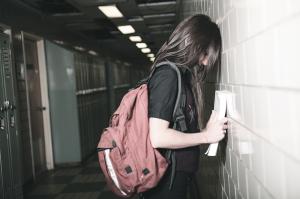 Poor educational standards—with schools looking more like mental health clinics—have prompted the watchdog group CCHR to update its report on the adverse impact of psychiatric and psychological programs in the U.S. educational decline.

Poor educational standards have prompted CCHR to update its report on the adverse impact of psychiatric and psychological programs in U.S. educational decline

LOS ANGELES, CALIFORNIA, UNITED STATES, October 31, 2022 /EINPresswire.com/ — Citizens Commission on Human Rights International (CCHR) has launched an investigation into the adverse impact of mental health policy on schools, with a plan to update its 1995 report on how psychiatric programs adversely impacted education. It showed how an emphasis on mental health at the expense of standard education, including art and music education, contributed to educational decline. The pandemic has impacted education, with math and reading scores for 9-year-olds, for example, falling between 2020 and 2022 to a level not seen in decades. However, as reported, “The pandemic made a bad situation worse,” because even before the pandemic, reading achievement was in a slump and reading scores of the lowest achieving students have been declining for a decade.[1] CCHR is renewing its investigation into how the huge increases in mental health funding in schools may have worsened the problem.

It points to the famous line from a 1983 report, A Nation at Risk, which declared: “If an unfriendly foreign power had attempted to impose on America the mediocre educational performance that exists today, we might well have viewed it as an act of war.” That act of war has continued and one would be hard-pressed today not to think that the country’s halls of learning have become, instead, mental health clinics.

The 1983 report noted: “The average achievement of high school students on most standardized tests is now lower than 26 years ago.” By 2018, the U.S. placed 11th out of 79 countries in science. It did much worse in math, ranking 30th.[2]

In October 2022, the U.S. Department of Education announced it was increasing access to mental health services for students and young people at a cost of $280 million. More than $2 billion has been directed to hire more school psychologists, counselors, and other mental health professionals in K-12 schools.

In 2019-20, roughly two-thirds of middle (64%) and high schools (65%) offered mental health assessments, while half of elementary schools did; 47% of both middle and high schools, as well as 40% of elementary schools provided “treatment.”[4] In the 2021-2022 school year, 96% of public schools reported offering at least one type of mental health service to their students, including 66% being referred for treatment outside of school.[5]

Funding to prevent violence in schools has been an utter failure. For the past 20 years, the U.S. Secret Service National Threat Assessment Center (NTAC) has conducted threat assessments of schools. However, it ignores the elephant in the classroom—the causal role of mental health programs and psychotropic drugs which have been linked to violence. Of the 35 attackers in an NTAC study, 54% had received some type of mental health treatment; 31% had received services within their schools, and 49% had received services in the community.[6]

CCHR’s analysis of 125 cases of mass shootings and/or stabbings in schools and in the community found 50.4% of the perpetrators were likely driven to suicide by mind-altering psychiatric drugs and/or years of failed psychiatric hospitalization, evaluations and treatment. CCHR’s report, Psychiatric Drugs Create Violence and Suicide documents this drug-linked crime.

John L. Whitehead, attorney and founder of the Rutherford Institute commented on the state of our education system: “The sad fact is that our public schools and parents have been duped by the psychiatric and drug industries…. [W]e have opened the door to manipulation by unscrupulous drug marketers who would dope us up or drug us for a profit.”[7] Teachers should be added to those misled and who now faced the violent culture in today’s schools.

Historically, a 1961 report, “Action for Mental Health” proposed: “[T]he curriculum should be designed to promote mental health as an instrument for social progress and a means of altering the culture….”[8] The late Dr. William Coulson, a psychologist and Director of the Research Council of Ethnopsychology, summarized the era: “In the 1960s there came a drive by psychiatry to turn schools into mental health clinics.”[9]

Beverly Eakman, educator and author of Cloning of the American Mind, wrote that the classroom provided a “therapeutic education” that “jettison[ed] systematic, academic, knowledge-based curricula in favor of psychologized fare that places the emotions and belief systems above any…rational, or communicative function.” What information youngsters did learn, she said, “was actually harmful.”[10]

In its original report on education, CCHR documented the history of the harmful impact of psychiatric and psychological intrusion in schools, which has not only failed to improve the mental health of students but has egregiously worsened it. It’s time for a much closer look at the factors ruining children’s lives.

[2] Kimberly Amadeo, “U.S. Education Rankings Are Falling Behind the Rest of the World: How It Hurts the Economy and You,” The Balance, 13 Apr. 2022, https://www.thebalancemoney.com/the-u-s-is-losing-its-competitive-advantage-3306225