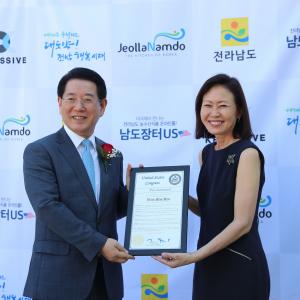 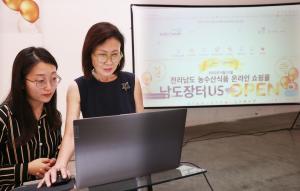 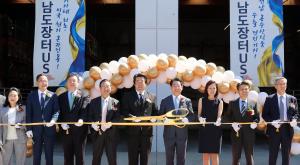 The launch of Namdo Marketplace US

South Korea’s Jeollanamdo, or “Jeonnam,” province announced the official opening of the province’s very own overseas online shopping mall, “Namdo Marketplace US.” The shopping mall specializes in selling the region’s organic agricultural and fishery foods to the United States.

Jeollanamdo has been expanding its export territory of agricultural and fishery products by opening Jeollanamdo Amazon storefronts in seven countries, including in North America and Europe, and by providing export support for small farmers, fishermen, and food companies based in the province. Riding the wave of popularity of Korean culture and media, called “Hallyu,” Jeonnam hopes to globalize its regional food so that when the world thinks of Korean food, they think of Jeonnam. Jeollanamdo has produced the overwhelming majority of organic agricultural and fishery products in Korea for centuries, making it the premier region for high-quality Korean food and earning the province the tagline “the Kitchen of Korea.”

“Organic Yuza Juice” and “Squid Snack,” modernized takes on regional specialties that can be likened to a healthy citrus drink and fried calamari, are particularly popular in the US Amazon Storefront. These products are making strides in the US food and beverage industry, already being sold by over 80 US retailers including COSTCO and Hannam Chain.

Jeollanamdo has been building a stand-alone, online platform in the US to expand the number of Jeonnam exporters entering the US market. Since February of this year, the provincial government has been working to establish Namdo Marketplace US, with the opening ceremony period held in LA from July 27th to September 22nd.

Governor Yung-rok Kim states, “As a result of our strategic response to the rapidly changing food market trends shifting to the digital sphere, the domestic (South Korean) Namdo Marketplace achieved 54 billion won (approx. 37.8 million USD) in sales in 2021. We plan to grow the overseas Namdo Marketplace US into a leading e-commerce site for Korean food through quality assurance and product development tailored to customers’ preferences.”

As of now, 182 products from 66 different companies are currently available and sold through Namdo Marketplace US, and delivery can be made within 1 day in California, 2 days in the central US, and 3 days for the East Coast. In the future, the provincial government plans to increase sales by continuously introducing new products, supporting the certification processes for export companies, and expanding delivery across the US by securing additional distribution warehouses.