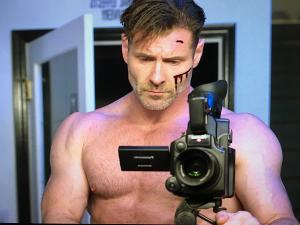 Bryan Brooks Prepping The Camera For The Ending Fight Scene 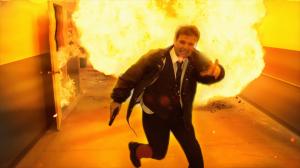 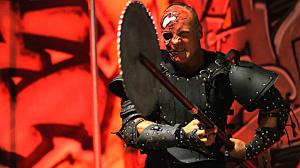 Ryder Storm Fights in the Arena 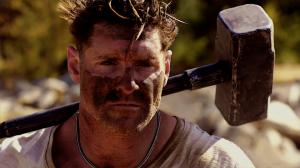 John Sizing Up His Competition 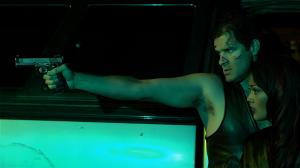 I wanted to prove to myself and to the world that I could do it, to compete with the big studios to make a quality film with all the bells and whistles of a high budget movie.”

SANTA ROSA, CA, USA, December 6, 2022 /EINPresswire.com/ — Some people aspire to dream big. Some reach for the stars. But very few actually put forth the massive effort it takes to touch them. Bryan Brooks dreamed big, real big. He attempted the impossible, to produce a feature length film all by himself, undertaking every aspect needed for its completion. And why would someone take on a challenge that big? Because editors, cameramen, actors and writers cost money. In the absence of overflowing funds, Bryan set out to learn and master each skill of the filmmaking process himself. Bryan wrote the film, cast it, directed it, shot many of the scenes himself, built each set by hand, painted the walls, edited the entire film, colored the footage, created all special effects, designed the costumes, choreographed each fight scene, did voiceover work for his character and others, performed all stunts for himself and others including all car crashes and… played the lead character! That seems like an impossible feat for one man of modest income to even try to attempt. But, some people dream big. “I wanted to prove to myself and to the world that I could do it, to compete with the big studios to make a quality movie with all the bells and whistles of a high budget studio film, without spending millions of dollars.” – Bryan Brooks

It’s no secret making a film is one of the most expensive and time consuming processes one can undertake, that’s why there are so many names scrolling at the end of every movie. And that is basically the reason Bryan learned so many skills, he had to. In the first five minutes of his film Wrecker, an actor runs out of a burning building with bombs exploding all around him. In preparation for this one scene, Bryan got a quote from a Hollywood special effects company. That single shot would’ve cost $4,950, with no guarantee that the effects would look realistic. It took months, but Bryan taught himself After Effects by taking tutorials online and was able to create everything needed for that shot and more.

Constructing the sets came easy as Bryan spent years working construction, building houses, decks and roofing. He spent 10 years taking acting and writing classes, learning the art of storytelling. He studied photography and lighting. He learned martial arts, boxing and bodybuilding. Bryan is currently dubbing his entire film into Spanish himself for the film’s release in Central and South America.

Competing with high budget Hollywood films isn’t easy. You need to produce a good looking and sounding product that’s well acted, well shot and with an interesting plot. Wrecker has all of these, and more. The cinematography is stunning, as is the color. The emotion created in some scenes will have the audience biting their nails and later laughing out loud.

Even after years of learning, preparing, planning, executing and finishing production, there is no guarantee making a film will pay off financially? Yet Bryan Brooks has confidence his film will see success. His film Wrecker is available on Prime Video. It is a non-stop, action packed suspense thriller complete with zombies, stripper assassins, underground fighting rings, evil villains and rugged leading men. Standing at 6’3”, Bryan is an imposing figure in real life as well as on screen. He spends at least an hour in the gym every day, seven days a week, to maintain the body he so gallantly touts throughout his film.

Taking lessons from the great films of his childhood like American Werewolf in London and Big Trouble in Little China, Bryan tries to incorporate every aspect of the human experience in his film work. He believes an audience can attain a more valuable experience when a film touches every emotion; sadness, tension, comedy, fear, laughter, etc. American Werewolf in London is one of the scariest films of all time, but it’s also a comedy that has you laughing at least a dozen times. Taking lessons from the greats, Wrecker will have you in stitches as well as on the edge of your seat. A film well worth the watch, Wrecker is available on Amazon Prime Video to rent or buy. Check it out, you won’t be disappointed.