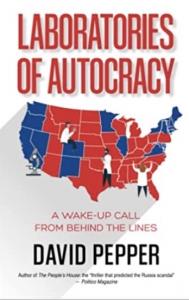 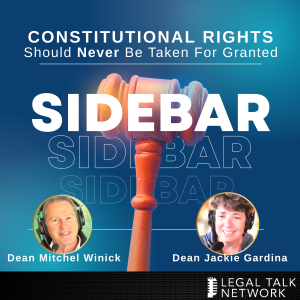 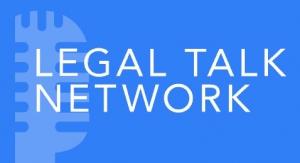 SideBar on Legal Talk Network goes live with David Pepper – lawyer, politician, and author of Laboratories of Autocracy: A Wake-Up Call from Behind the Lines.

We are weaponizing the state-houses to rig the next decade of elections and dramatically misrepresent the people who have actually voted for candidates of each party.”

MONTEREY/SANTA BARBARA, CA, UNITED STATES, November 5, 2022 /EINPresswire.com/ — SideBar podcast on The Legal Talk Network goes live Saturday morning, November 5th with guest David Pepper, lawyer, politician, and author of “Laboratories of Autocracy: A Wake-Up Call from Behind the Lines”. Co-hosts law deans Jackie Gardina and Mitch Winick discuss with Pepper his cautionary tale that State legislatures, often ignored, play a significant role in deciding our constitutional rights, including, according to Pepper, “weaponizing state-houses to rig the next decade of elections and dramatically misrepresent the people who have actually voted for candidates of each party.” The program can be heard starting November 5th on The Legal Talk Network.

Pepper is a lawyer, writer, political activist, former elected official, adjunct professor, and served as Chairman of the Ohio Democratic Party between 2015 and 2021. Following the publication of his new book, “Laboratories of Autocracy”, he has engaged in a growing national conversation about voting rights and the attacks on democracy.

“We chose David Pepper as our inaugural guest on SideBar’” said co-host Jackie Gardina, “because we believe that it is critical to reinforce a broader understanding that fair democratic elections are the key to protecting our fundamental constitutional rights.” Co-host Mitch Winick agrees, “David opens our eyes to a cautionary tale that as citizens – and particularly as lawyers, law professors, and law students – we have an obligation not to take democracy for granted.”

In addition to his recent non-fiction book, Pepper is the author of four novels integrating real-world politics and fiction, including “A Simple Choice”, “The People’s House”, “The Wing Man”, and “The Voter File”. The Wall Street Journal named Pepper “one of the best political-thriller writers on the scene.” He also teaches election and voting rights law as an Adjunct Professor at the University of Cincinnati College of Law.

Pepper earned his B.A. magna cum laude from Yale University, where he was Phi Beta Kappa, and later earned his J.D. from Yale Law School. Early in his career, David clerked for the Honorable Nathaniel Jones of the United States Court of Appeals for the Sixth Circuit and worked in the Cincinnati offices of major law firms Squire Sanders and Blank Rome, focusing his practice on commercial and business litigation, and appellate litigation. Between his undergraduate and law school years, David spent three years doing international work in St. Petersburg, Russia as a research intern for Zbigniew Brzezinski in which he interacted with international figures such as Henry Kissinger, Paul Bremer, ambassadors, members of Congress, business leaders, and Vladimir Putin, who was then Vice Mayor of St. Petersburg.

In discussing the launching of SideBar, Winick, President and Dean of Monterey College of Law, emphasized that “Jackie and I believe that legal education should extend beyond the law school classroom. SideBar will provide a platform to discuss fundamental rights that impact our everyday life.” “In order to understand the laws and legal decisions that define our rights, it is important to consider three key elements . . . how did we get here . . . where are we now . . . and where are we going next,” says Gardina, Dean of The Colleges of Law in Santa Barbara and Ventura. “Constitutional rights do not exist in a historical vacuum,” agreed Winick. “If we want to understand the context of current legal decisions, it is important to discuss why these laws originally came about and how they have evolved over time . . . not merely what we might want them to say in today’s world.”

Laurence Colletti, Executive Producer of Legal Talk Network, said “I am excited about the fit of this show to our current Legal Talk Network lineup and am looking forward to the ongoing collaborations. The co-hosts of SideBar, Jackie and Mitch, not only understand the law but are able to explain it in ways much easier to understand . . . plus they have a great natural chemistry that will draw in the audience,” says Colletti.

For information about future guests and to contact the co-hosts with ideas, comments or questions, go to www.sidebarmedia.org. To learn more about The Colleges of Law or Monterey College of Law go to: www.collegesoflaw.edu or www.montereylaw.edu.