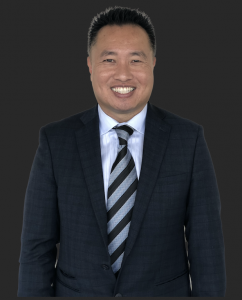 This is similar to when MASTERCARD was starting out. People didn’t fully understand the scope of their services. Today, investors have benefited from their growth. SuperNet will scale in the same way.”

SAN FRANCISO, CA, USA, November 15, 2022 /EINPresswire.com/ — SuperNet announced a crowdfunding investment opportunity to help finance the early 2023 launch of a credit card that will be the only credit card to be accepted at marijuana/cannabis dispensaries. SuperNet will also allow for the transactions of NFTs, letting consumers spend their crypto – another first.

SuperNet, a full service credit card brand is a credit card that is fully compliant with all Federal Truth in Lending rules and is able to be used like any other credit card in the consumer market place. SuperNet is processed by SuperProcessor a fully compliant, MSB Registered payment processing company. Following the initial launch of the SuperNet credit card in early 2023 in strategic locations, the company will focus on expanding its footprint into additional states over the first half of the year. There are over 20,000 merchant locations coming online in 2023 to accept SuperNet as a new payment type with more locations coming online every day.

To date, the company has raised $1.9 million in equity and $1.4 million in debt, which funded the development of the technology platform, the build-out of the internal team, and preparations for the card’s launch.

The processing arm of the company, SuperProcessor, will increase its product offering to begin processing Visa/MasterCard and American Express for non-cannabis merchants around the country. To enable this growth, the company anticipates a Reg A+ fundraising round in early 2023 that will raise up to $75 million.

“This has never been done before. It’s similar to when VISA and MASTERCARD were starting out. People didn’t fully understand the scope of their services. The people who did invest have really, really reaped the benefits of their growth. We’re in the same place. If you understand what SuperNet is, this is a no-brainer,” says CEO of SuperNet, Michael W.K. Tsang, who has over 23 years of executive experience in the payment processing industry.

Tsang is joined on the leadership team by longtime cannabis activist Dress Wedding, who was the co-founder of Harborside and awarded one of the first six medical cannabis licenses granted in the United States. SuperNet’s CFO is John Pfisterer, a former divisional CFO at Capital One.

Interested investors can learn more about this opportunity and fund their investment by clicking here to invest.