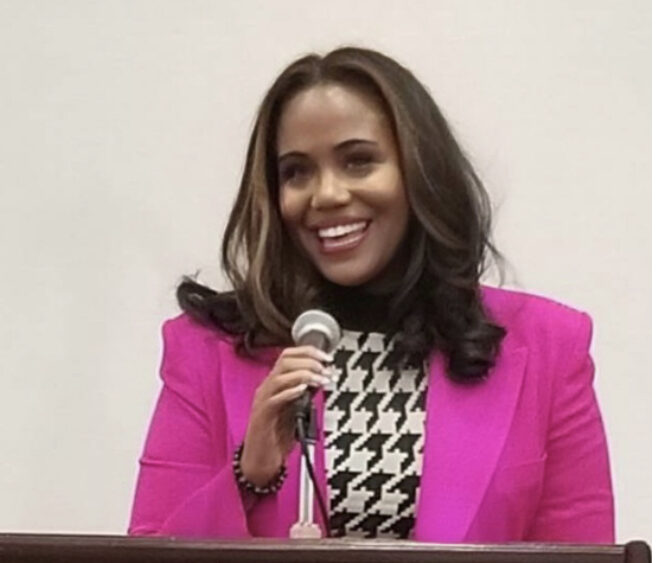 She earned a degree in Latin American studies at UC Berkeley. She spent time living in Brazil, Italy and Barbados, then worked in Washington, DC, before a career in the modeling industry that included opening her own Century City business.– ADVERTISEMENT –

Michelle Lyons, 40, the daughter of a criminal defense attorney and former Los Angeles Laker cheerleader, has now launched her first bid for elected office—and she’s doing it as a Republican in a Congressional district that has been deep blue since it was created a decade ago.

The 47th district, which includes much of Long Beach and western parts of Orange County, is also represented by a well-funded and popular representative who comes from one of the best-known political families in Long Beach.