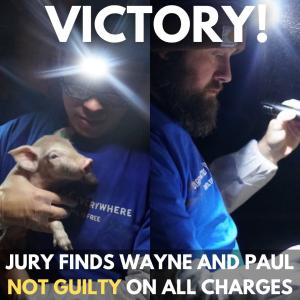 Direct Action Everywhere proclaims victory after not guilty verdicts on all counts. 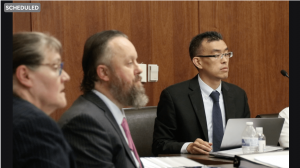 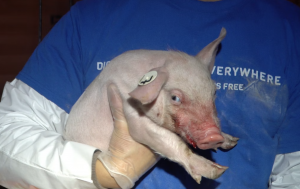 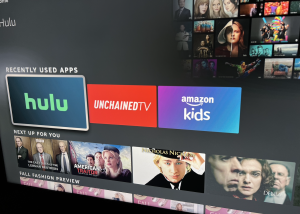 This is news and needs to be reported. So, if the TV news networks won’t, we will.”

HOLLYWOOD, CALIFORNIA, UNITED STATES, October 10, 2022 /EINPresswire.com/ — UnchainedTV, the new, free, global, streaming TV network, launched its LIVE breaking news coverage with 16+ hours of LIVE-STREAM coverage of the groundbreaking trial of two men facing prison for rescuing two sick piglets from a Utah factory farm. The massive facility was described this way by the New York Times: “The film shows sows with bloody and mangled teats; pregnant sows gnawing on the bars of the narrow stalls they live in until they give birth; and piglets clambering over and nibbling dead siblings.”

Beyond the crucial issue of the gruesome treatment of animals in massive industrial facilities, aspects of the trial raise concerns about fairness within the justice system. Astoundingly, the jury was not allowed to view the video of the alleged crime in progress. In order to avoid accusations that the footage presented a distorted impression of the facility, the video – titled Operation Deathstar – was recorded by the defendants utilizing a 360 degree virtual reality camera system.

Both defendants were found not guilty on all counts. That led to an emotional and electrifying celebration on the courthouse steps. The acquittal, characterized by The Intercept as “historic,” was also covered by The New York Times, AP, local TV news stations, and some other print outlets. But, it appears to have been completely ignored by advertiser-based national cable TV news networks. The defendants, both part of an advocacy organization named Direct Action Everywhere, argued for their right to rescue the animals from suffering, much as someone would be hailed as a hero for breaking into a hot car to rescue a suffering dog.

Defendant Wayne Hsiung – who chose to represent himself in court and is also an attorney who taught constitutional law – spoke LIVE, post-acquittal, to UnchainedTV’s Velez-Mitchell. He said, “This is the first domino, legally, because if we have the right to rescue these two animals, we have the right to rescue the rest, and that’s where we’re going.”

“The public has a right to know about the horrific treatment of animals behind closed doors. Despite efforts by multi-billion dollar industries, the truth is getting out and the caring public is becoming increasingly appalled by industrialized animal agriculture,” said UnchainedTV founder Velez-Mitchell, adding, “The U.S. Supreme Court is about to consider a pork industry challenge to California’s Proposition 12, which takes aim at cruel farmed animal confinement practices. This is news and needs to be reported. So, if the TV news networks won’t, we will.”

UnchainedTV is available for download via the APP store on phones. It can be viewed on TV via the AppleTV device, the Roku device and Amazon Fire Stick. It can be accessed online via UnchainedTV.com