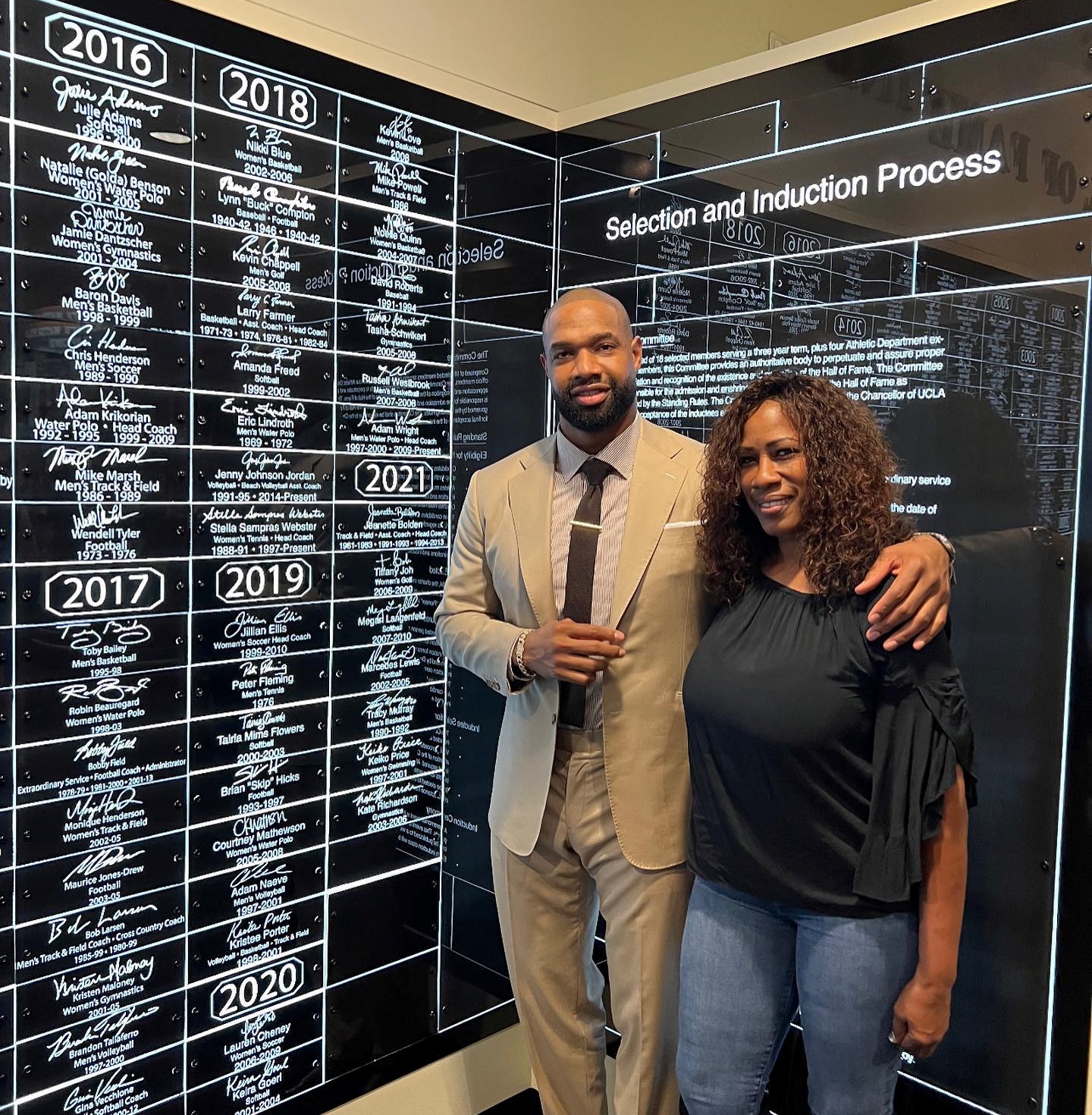 The only Bruin to win the Mackey Award as the nation’s top collegiate tight end, Marcedes Lewis capped a four-year UCLA career in 2005 with the prestigious award, along with consensus first-team All-America honors. Lewis’ 21 career touchdowns still rank second on UCLA’s all-time list, and his 58 receptions in 2005 rank as the second-most ever by a Bruin tight end. He finished his UCLA career with 126 receptions.

Lewis was selected in the first round of the 2006 NFL Draft by the Jacksonville Jaguars, where he played for 12 seasons. He was selected to the Pro Bowl in 2010 after setting a franchise record with 10 touchdown catches, and he led all NFL tight ends in yards averaged per catch in 2009 and 2010. In 2011, he was named Jacksonville’s team captain and received the franchise tag. After 12 years at Jacksonville, Lewis moved on to Green Bay, where he has spent the last four years. Lewis’ achievements extend beyond the field. He founded the Marcedes Lewis Foundation in 2009 to support youth opportunities in sports.

Lewis pictured above with his Mother Yvonne C. Withers, a Long Beach businesswoman who made many sacrifices to support her son. As a single mother working multiple jobs, she wasn’t thinking superstardom, scholarships or the National Football League when she first got her son into football. All she wanted to do was keep her son off streets with dangerous tentacles that had latched onto several of Lewis’ close relatives. Withers focus and example has been a driving force behind Lewis’ success. Withers sits on the Board of the Southern California Black Chamber of Commerce Long Beach Chapter and is the Founder & Owner of Long Beach Live Scan Fingerprinting & Notary.