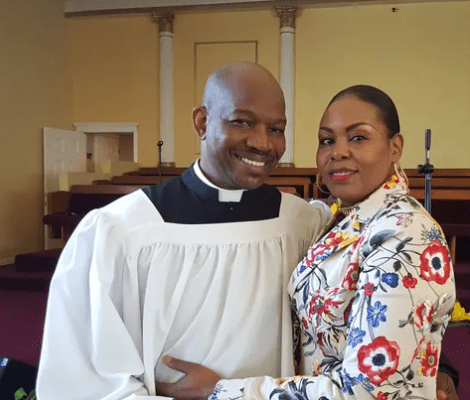 Pastor Works With Friends and Their Enemies

Most people would think twice before reaching out to pull notorious archenemies, the Bloods, the Crips, the Insanes and the Rolling 20’s, all together for a day of hamburgers, hotdogs and three different jumpies.

Admittedly, Rev. Dr. Gerald Johnson said it’s not the easiest population to deal with, but there’s not much he hasn’t seen before. He’s been around the world three times, serving 22 years in the Marines as military police, drill instructor and trainer.

He said he works best in the ditches.

His recent voter registration outreach was a success, along with providing additional resources.

“Someone came and met with me, they wanted a voter registration. I said okay, the church is a neutral ground so we can have it. The police can’t arrest or do license plates check,” said Rev. Johnson of Greater Harvest COGIC in Long Beach.

He said Snoop Dogg foot the bill for the food.

Johnson also served about 18 years in California Corrections and Rehab as a volunteer chaplain in the prison system, and said he helped craft SB 618 and AB 109.

Looking at other countries, he said the incarceration of Black and Brown people in the U.S. is still at international highs. Even at last count, America maintains over 2 million jail and prison inmates, which according to Pew Research Center, is a total incarcerated population that is significantly greater than China or Brazil.

“That lets you know how our system is as it relates to locking up. It’s built to continue to incarcerate Black and Brown, those whose circumstances are economically impacted,” he said.