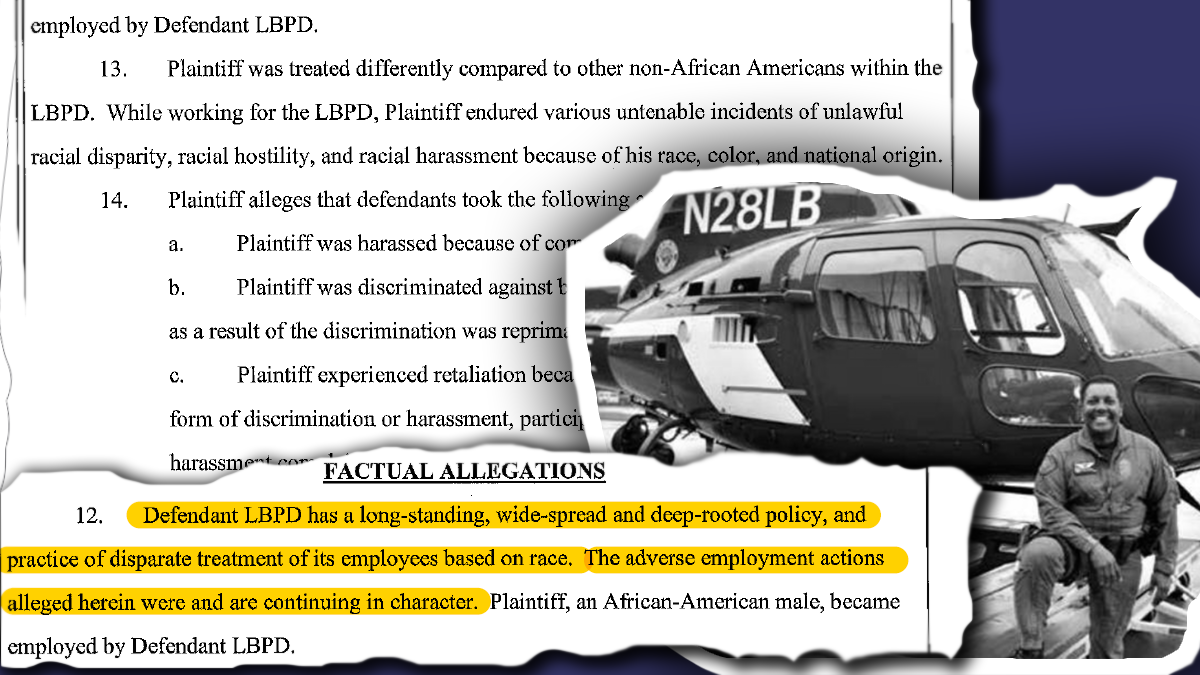 Content Warning: This article contains themes of racism and mentions of racial slurs. Please exercise self-care and check in with yourself before choosing to read.

A lawsuit filed against the City of Long Beach by a retired Black police helicopter pilot alleges that he was subjected to workplace discrimination, harassment, and retaliation, including the use of racial slurs and a litany of racist and demeaning acts by his co-workers throughout his 30 years on the force.

According to the lawsuit, plaintiff Michael Colbert was the only Black person to ever hold a pilot position in the 53-year history of the Long Beach Police Department Air Support Division. Throughout his career with the police department, the lawsuit alleges that Colbert was frequently ridiculed and “made to feel that he was lucky to have the position.”

Colbert’s complaint also alleges that he and other Black employees at the LBPD were frequently denied promotions into management positions, subjected to unjust punishment, micromanaged, publicly humiliated, and given job assignments that were undesirable.

Colbert retired from the LBPD in 2019 and filed the lawsuit in LA County Superior Court last October. In addition to the City of Long Beach, former and current LBPD officers Michael Erdelji, Joel Cook, and William Jarman are named as defendants.

About 6% of all sworn officers in the LBPD are Black, according to department figures. In contrast, Black people account for about 12% of Long Beach’s population. In 2015, Police Chief Robert Luna, who retired at the end of last year, said his department struggled to recruit Black officers.