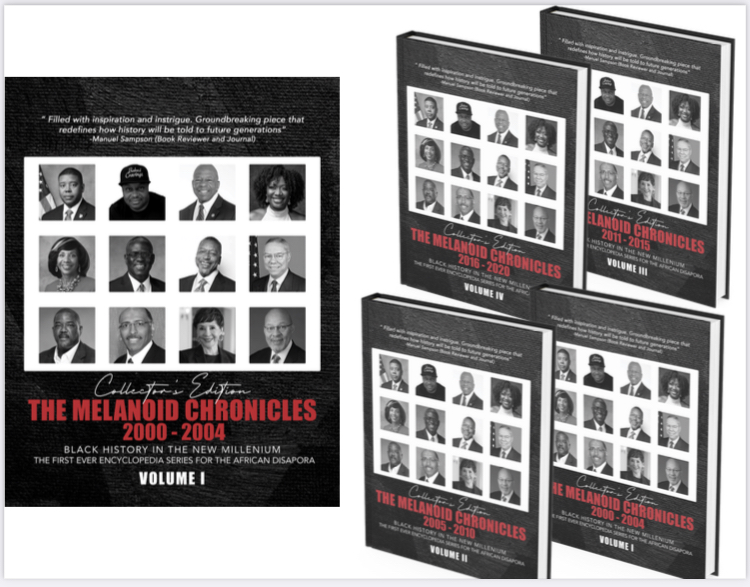 The Melanoid Chronicles: Black History in the New Millennium

Au’loni Media Group, LLC is both humbled and honored to announce the release of The Melanoid Chronicles! This is the FIRST-EVER encyclopedia series to address the major accomplishments of members of the African Diaspora, in the new millennium.

There’s no secret that black history as we know it, is a watered-down version of the many contributions that members of the African Diaspora have contributed to creating and developing America and the global community.

The first edition is a collector’s edition that addresses the first 20 years of the new millennium. In the last 20 years, we had our first black president, the first lead actress (since the 1960s) to be a lead actress in a television series that broke records, the United States Air Force has its first Black Chief of staff (see our Facebook page for more examples of who are featured) and so many more.

The Melanoid Chronicles is available as a hard copy and soon an e-book series. In addition, a docu-series will be released shortly.

We can’t change our “lost” history. I believe that throughout time, we will still be discovering those “hidden figures” who were never acknowledged for their contributions to society. However, we can change the trajectory of how our stories are told from here on out for future generations. Any child born from the year 2000 and on will now have what every generation before them was denied…their history! They won’t have the ideas that only slavery defines them. The Melanoid Chronicles has arrived to be steadfast on that mission.

To read more on this revolutionary series and/or purchase a hardcopy of the collector’s edition, visit www.amgroupllc.biz/melanoidchronicles

If you’d like information on how to purchase as an ebook, please subscribe via email to melanoid@amgroupllc.biz