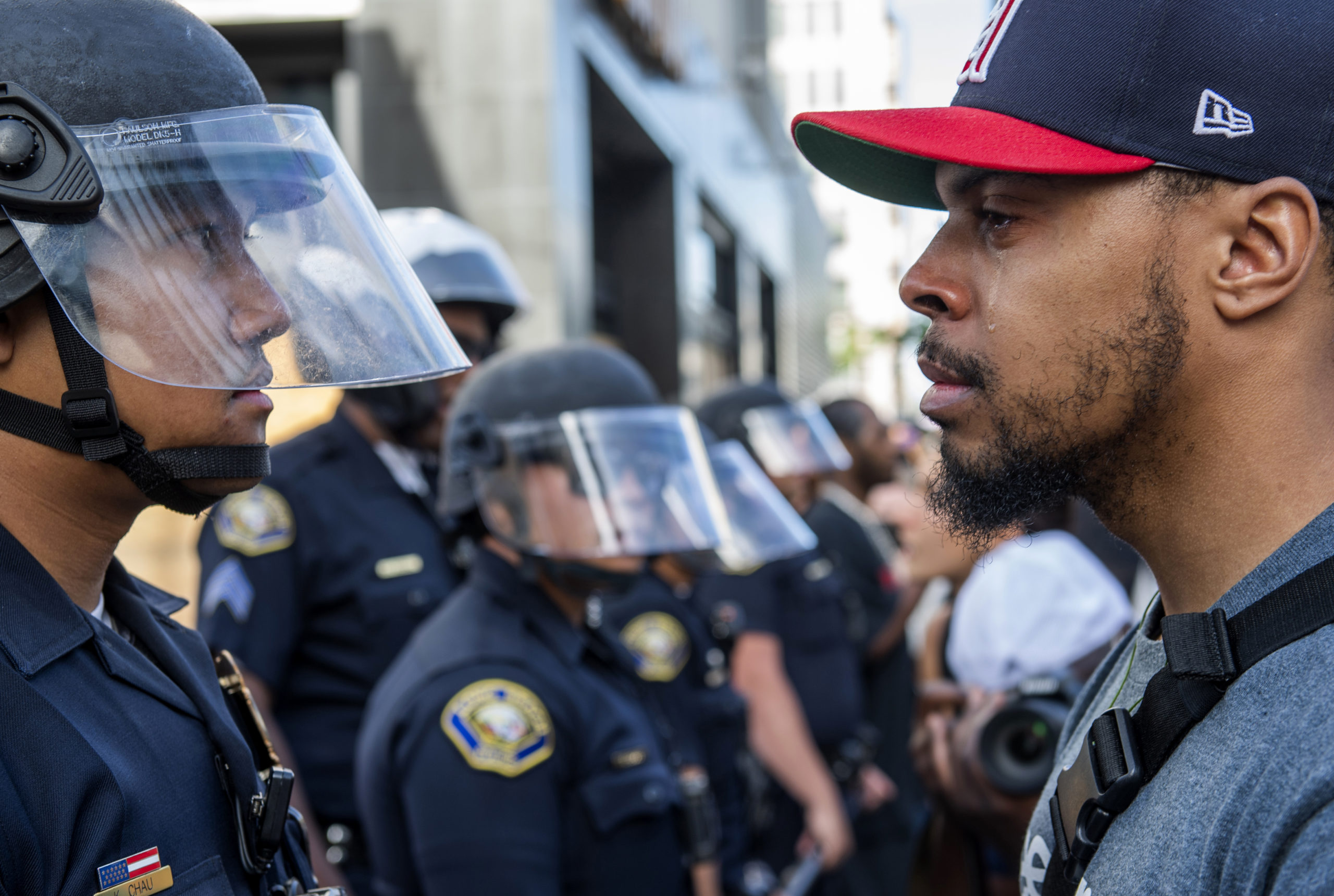 Kevin Anderson stands toe to toe with a Long Beach police officer as he sheds a tear during a protest of the death of George Floyd, in Long Beach Sunday, May 31, 2020.

In the nearly 18 months since elected leaders passed a sweeping plan to address racial injustice, Long Beach has made some tangible progress on a host of ambitious goals but left others to languish as key employees question the city’s commitment to the project, according to a new report.

The 136-page progress report on the Racial Equity and Reconciliation Initiative, which was released last week by the City Manager’s office, makes clear that while there have been some small successes, major challenges remain, including racism within the city itself that has exhausted many staffers tasked with making the initiative a reality, leaving them “experiencing burnout and feeling unsupported.”

Others at the city noted there “has not yet been a coordinated internal focus” on the racial discrimination experiences of city staff, leading them to wonder if the initiative itself is just “performative and inauthentic,” according to the report.

Teresa Chandler, a deputy city manager who oversees the city’s Office of Equity, said the employees tasked with making the initiative happen “have a lot on their plates,” but said they remain committed to changing the city’s culture.

“Identifying barriers and challenges is how we grow,” said Chandler. “We’re finding ways to make sure they’re supported.”

Councilman Rex Richardson, one of the architects of the initiative, said the work done so far has not just been for show, saying the report revealed a “tremendous level of progress” on efforts to distribute pandemic recovery resources, reshape land-use policy and introduce non-violent crisis response measures, among others.