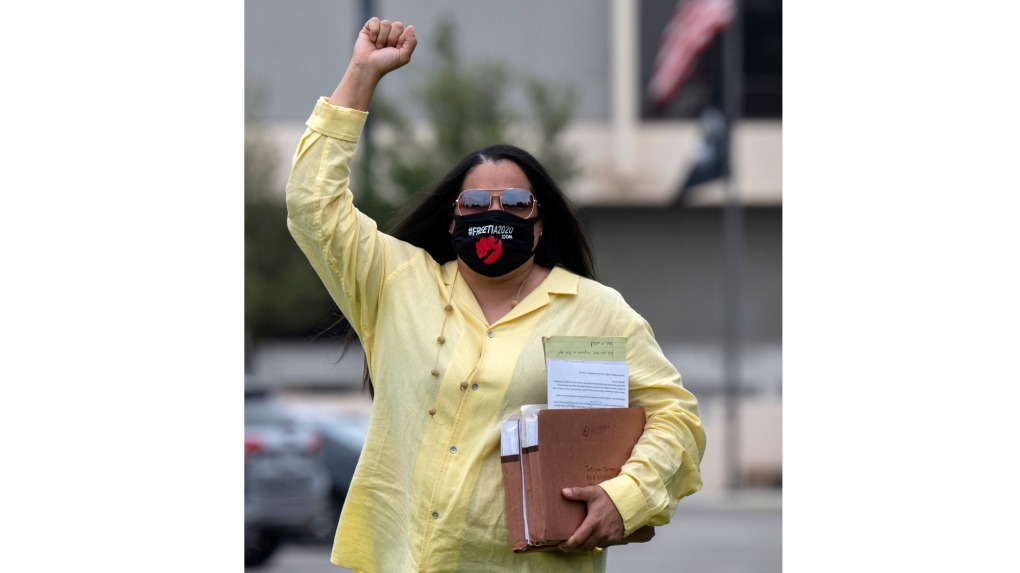 Tatiana Turner acknowledges supporters outside the Fullerton Courthouse on Tuesday, August 31, 2021 during a preliminary hearing.The Long Beach activist is being charged with attempted murder for driving through a protest crowd in Yorba Linda last year. (Photo by Mindy Schauer, Orange County Register/SCNG) By SEAN EMERY | semery@scng.com |

A Black Lives Matter supporter from Long Beach on Wednesday was once again ordered to face trial for allegedly purposely driving through a crowd of counter-protesters during a violent confrontation at a Yorba Linda demonstration .

Orange County Superior Court Judge Scott Steiner determined there is enough evidence for the attempted murder case against Tatiana Turner to proceed to jury trial. Turner also faces counts of mayhem and assault with a deadly weapon, among other charges.

Law enforcement officials have alleged that Turner deliberately drove through a crowd, contending she could have avoided hitting counter-protesters. Turner’s supporters say she acted in self-defense while being surrounded by an angry mob.

It was the second time that a multi-day preliminary hearing in the case has resulted in such a ruling. However, the results of Turner’s previous preliminary hearing were essentially overturned, after it was determined that a different judge violated Turner’s constitutional rights by preventing her defense attorney from present their own witnesses or arguments.