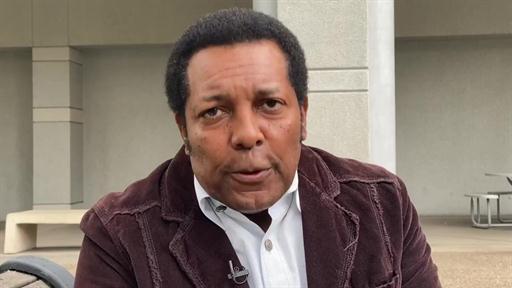 LONG BEACH, Calif. — A banana peel on his patrol car. A Black genie with the name “Mr. Popo” incorporated into a Long Beach Police Department patch posted plainly in the office.

Over the years, it all eventually became too much for Corporal Michael Colbert, LBPD’s first and only Black helicopter pilot.

“I had to walk into the office every day and be reminded of that and how inferior they thought I was,” Colbert said in his first television interview since filing a lawsuit against the city in December, alleging discrimination, harassment and retaliation over the course of his 30-year career. Colbert retired in October 2019.

Over forty pages, Colbert’s claim details racial animus from fellow officers who used epithets on the job, including the n-word, created a hostile work environment and repeatedly demeaned him in uniform and in public.

Colbert said the department’s chief pilot Michael Erdelji posted a drawing of the department’s patch with a Black genie named “Mr. Popo” from the Japanese show Dragon Ball Z on his office cubicle in “plain view for anyone looking within the air support common area to see” in September 2019.

Spectrum New showed the image to Tim Watkins, a collector of racist and anti-Black American imagery, who said the drawing contained negative stereotypes of African Americans.

“Although a caricature, not at all funny with pitch black skin, bright exaggerated red lips amid a reference to ‘po po,’ an 80s era slang reference to police by young Blacks,” Watkins said.

As the only African American pilot, Colbert said the picture was clearly about him.